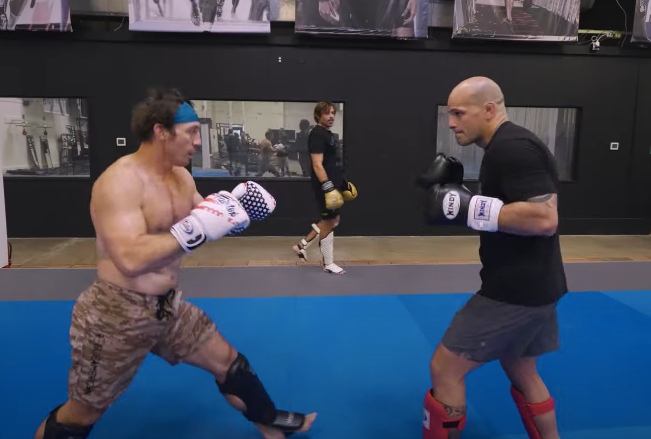 UFC vet Tim Kennedy, a BJJ black belt & US Army Ranger knows a thing or two about striking, especially for MMA so he released an interesting video on How to Fight using Kickboxing with Tim Kennedy.

He is joined in the video by BJJ legend Xande Ribeiro who has recently relocated to Austin to open his Six Blades Jiu-Jitsu academy.

The video goes over three different drills to practice:

These drills are followed with two types of sparring sessions to help showcase how these moves can be implemented outside of drilling: