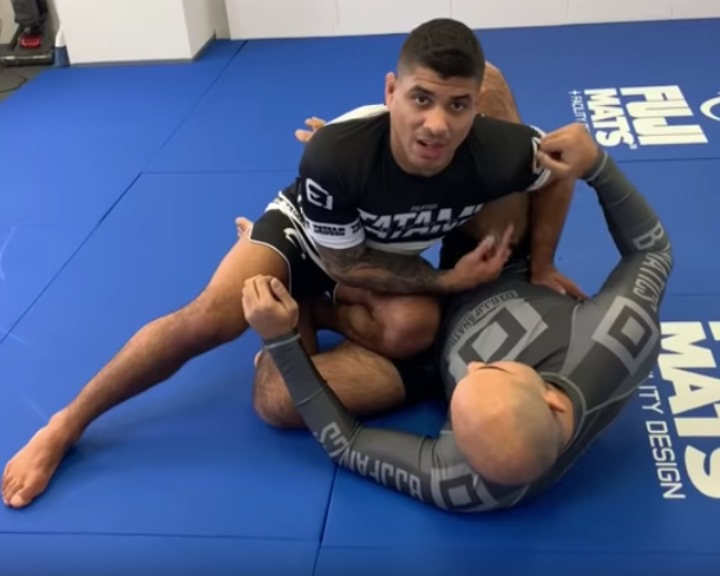 The Knee Cut Pass is one of those techniques that you were probably shown during your first training sessions – one, which you now revisit on a fairly frequent basis. But no matter how many times you see it demonstrated and no matter how many times you drill it, there’re always more details that you can learn… Just as it is the case with almost any Jiu Jitsu technique.
Well, now you have an opportunity to further reinforce your Knee Cut Pass with these tips from JT Torres; and to see how it can be used for taking the opponent’s back!

JT begins with two great tips in so far as approaching your opponent’s guard is considered. First of all, you should never close the distance by facing them head-on; if you do it like this, JT explains that you’ll have approximately the same chance of attacking successfully as your opponent does. And you want to have an advantage over them, right?
Therefore, when going for a guard pass – for the Knee Cut and for many other ones – approach your opponent at an angle. This will grant you a clearer path to success.

And secondly, JT emphasizes that you should always know which leg you’ll lead with; which one’ll step towards the opponent. There should be a plan behind your passing attempts in general, and this is an important component of it.

As far as the actual pass is considered, JT demonstrates with Chewy as his training partner that you should first lower your base. Then, grab a hold of your opponent’s legs and slightly push them. What’ll happen next is that your opponent’ll most likely react by pushing back. This step is probably familiar to you, as many guard-passing setups are based on eliciting this sort of a response.
Now that you’ve gotten that reaction, you need to step in with your lead foot in-between the opponent’s legs. Pay attention that, as you do this, your other leg has to step to the side – while you push their legs to the opposite one. This will get the opponent’s hips out of alignment with yours.

Once here, JT shows that you should drop your chest on the outside of their leg and lean forward. Then, place your hand down to the mat so that it’s next to their arm (one on the side where their hips are pointing to); while your second arm’ll go above their opposite shoulder.

FINISHING THE PASS AND TAKING THE BACK

From here, your opponent will (if they don’t want to get pressure-passed) probably turn their hips towards you. As they do this, step in with your lead leg and aim your knee above their hip – and you’re in a deep Knee Cut position. Dig a shallow underhook underneath their far hand and grab their tricep muscle; this will keep them on their side, with the back exposed for the taking.
Now push their head down as you point your knee out, so that you can drive through with your hips.

Now, you need to step over their head and rotate yourself behind their back. Then, take the seatbelt grip and elevate their head onto your knee; slide that leg’s shin across the length of their back and step over with your other one, with the foot right next to their hip.
From there, just pull them towards yourself, place the second hook in and start fighting for that Rear Naked Choke.

Watch JT Torres explain this in intense detail on the video below:

Impose Your Top Game On Anyone With These Grappling Fundamentals. 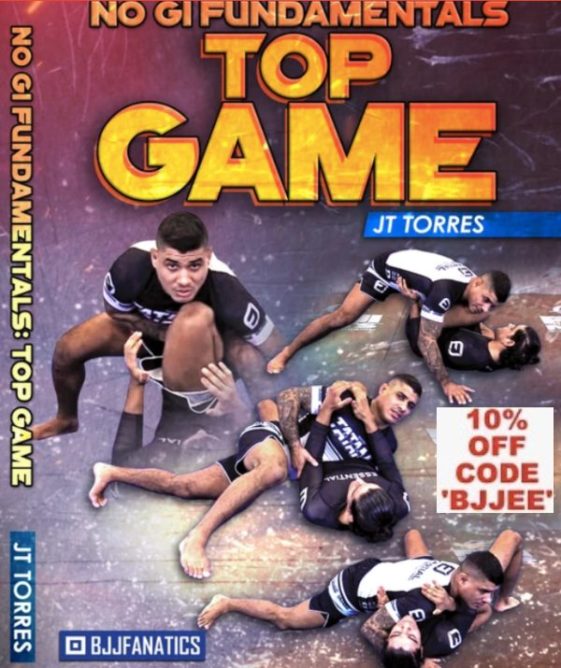