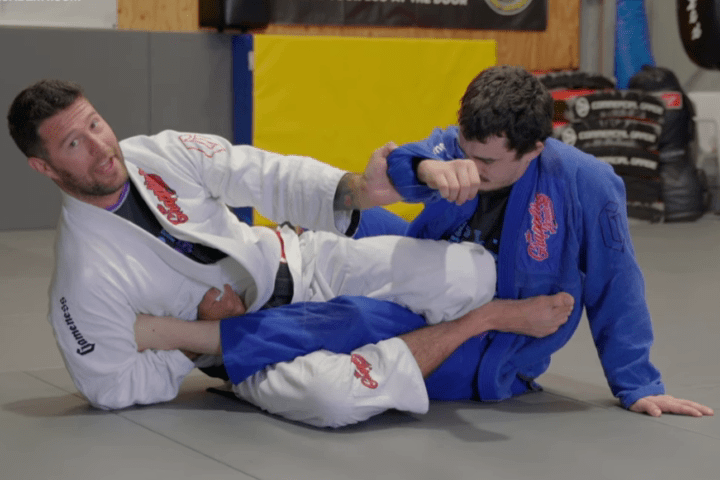 As you become more proficient in Brazilian Jiu-Jitsu and as you accrue mat time, you’re going to have to start exploring some options you haven’t explored before. That is to say – you’ll have to expand your game by playing around with some unusual positions if you wish to keep making progress.
For instance, you should start learning one-handed attacks; such as the one-handed Straight Ankle Lock!

Now, why in the world would you want to learn the one-handed Straight Ankle Lock? Isn’t using two hands better than one?
Maybe so, but remember the thing about “continuous progress”? It’s not just you who’s trying to make it, but your training partners and opponents want to do so as well. And as they’re making it, they’ll become better at defending against your attacks.

Because of that, you don’t want all of your attention – nor all of your limbs – focused on your offense! For instance, if you’re in a Straight Ankle Lock position and they go to grip your collar in order to defend, you’ll have to use one of your arms to peel their grip off and keep them away from you.
Then, you’re going to pull and tuck in your Ankle Lock elbow into your bottom ribcage as you fall down onto your side. Enact the usual hips-up and pull-back motion to get the tap.

Professor Tom from the Grappling Academy demonstrates it in detail on the video below: