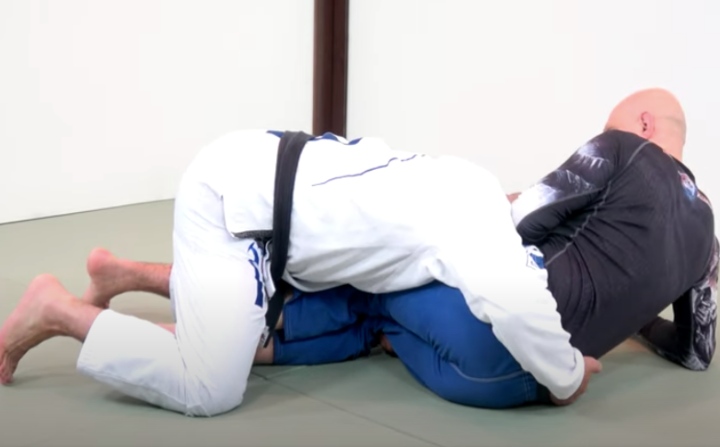 Pressure passing is a whole lot easier in the Gi – mostly because you can set up various grips, which give way to many passing variations. However, this is not to say that you can’t pressure pass in No Gi as well. Far from it! You just have to change your approach in a few things and you’re good to go.
The legendary Fabio Gurgel, one of the world’s top BJJ coaches and a 4x World Champion, gives his perspective on what he considers to be one of the best No Gi pressure passes: the Folding Pass.

THE FOLDING PASS – YOUR NO GI PRESSURE PASS OF CHOICE!

One of the most effective ways to pressure pass in No Gi is by using the Folding Pass, Fabio explains; even though there’re different details to the setup when in comparison to the one in the Gi, the position itself is exactly the same. It basically comes down to how you distribute your bodyweight and how you control the opponent’s legs; both of which are necessary so as to incapacitate them from retrieving their guard.

The setup Fabio shows for the No Gi Folding Pass is a great, yet simple one to use! Starting with his training partner, Stephan Kesting, sitting in the Butterfly Guard, Fabio showcases that at the beginning there will probably be some degree of hand-fighting involved. So, as the „fight“ begins to take place, to initiate the pass he simply hits the side of Stephan’s leg with his forearm; almost at the side of his knee. This makes Stephan lose his balance immediately – and Fabio can now start passing.

IT’S ALL ABOUT CONTROL AND HOW YOU USE YOUR BODYWEIGHT

Here’s a quick refresher: what’s the number one part of your opponent’s body that is most important for control, in the vast majority of the situations? That’s right – it’s their hips. And that’s exactly what Fabio does.

After he knocks Stephan off balance, Fabio shifts his bodyweight over Stephan’s legs. But doesn’t do this to an excess! It’s done simply for the sake of immobilizing Stephan enough for the next, hip-important step of the process.
The hand which Fabio used for hitting Stephan into the side of his leg now switches to grab Stephan’s waist; whereas the other hand grabs the back of his knee.
Now, a good question here might be – isn’t everyone going to defend this by pushing your head, following the standard and one of the most basic escape principles? This is what Stephan wonders; and Fabio demonstrates that he can push his head as much as he can, but it won’t yield any results. And why? Because Fabio has already killed his legs and is controlling his hip, which makes it impossible for Stephan to scoot out and retain the guard!

From there, Fabio props up to his fingers and drives his bodyweight further forward, pinning Stephan down to the mats. Now that has gotten him down completely, Fabio can go for all of the other, standard passing variations and decisions that he would make when passing in the Gi; so, he either gets the Mount or simply crosses to Side Control.
The same principles of propping up to your toes, controlling your opponent’s waist and dropping down so as to shift your bodyweight forward apply when the opponent tries to Butterfly Sweep you as well.

Your opponents won’t expect this sort of a Folding Pass setup from you, especially because of that initial „hit“ to the side of their leg! Learn more by watching Fabio Gurgel explain the whole setup on the video below: 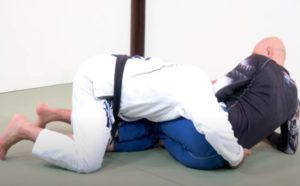