Learn How To Set Up and Execute the Boston Crab Submission 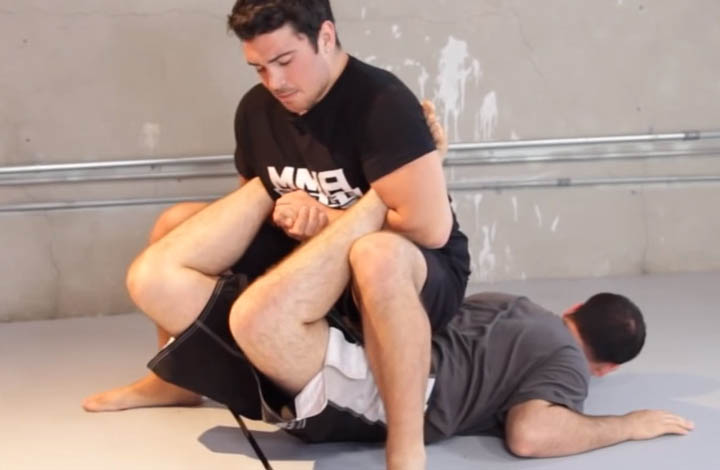 At first glance Boston Crab submission looks straight out of WWE. In fact it looks so eccentric many experienced grapplers would scoff at it. But as MMA fighter Jonno Mears proved in his latest bout at Full Contact Contender 19 – it’s quite a legtimate submission.

With Jones laying on his stomach, Mears grabbed his legs and bent them backward until Mears was in a sitting position. Jones reluctantly tapped out.

One way to set it up is from the open guard position – controlling both ankles if possible:

You’re looking to guillotine one foot in a standing position while holding the other foot. When the opponent boot stomps to prevent the ankle lock you step leg over his body and turn him over:

Now you position both arms in mirror guillotine position with the thumbs pointing up. At this point you sit back. This can work as a double ankle lock, a back breaker or according to Eric Paulson as a hip lock.

Some recommend just focusing on one ankle from there:

From there you lock the hands and lean backward.