Lapel Chokes For BJJ That You Must Have in Your Arsenal 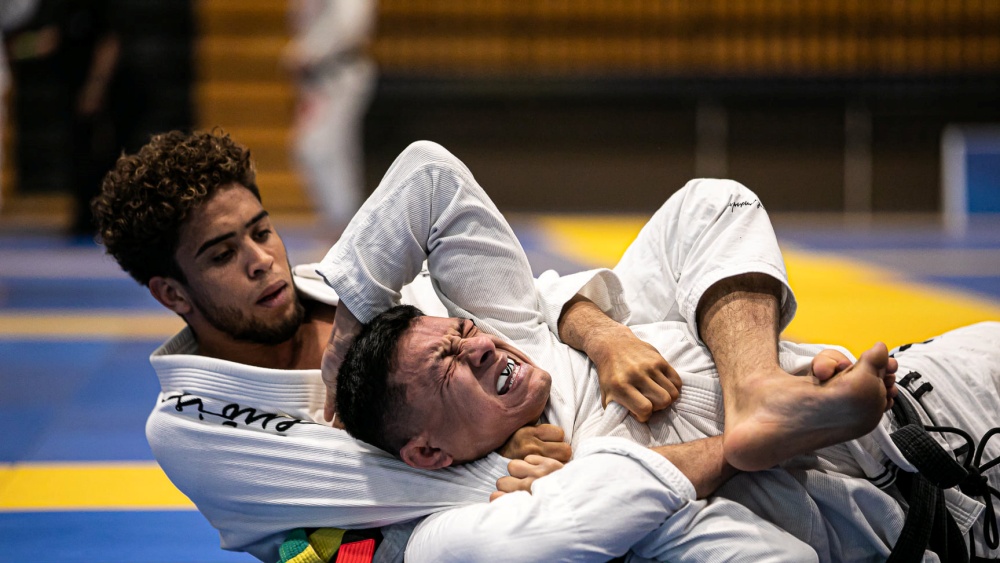 Brazilian Jiu-Jitsu is a grappling martial art that uses powerful submissions, from joint locks and cranks to chokeholds. These submissions are meant to cause pain and can cause significant damage to an opponent when done correctly. This is why grapplers are encouraged to tap if caught in compromising positions.

Chokeholds are some of the best submissions you can do in BJJ. A choke can be so powerful that bigger and stronger opponents can be put to sleep, even when applied by a much smaller grappler. Even more so, the availability of the grips in BJJ can make chokeholds highly useful in almost all positions. In this article, we will talk about the top lapel chokes you can do in your gi training.

What Is A Lapel Choke?

BJJ can be practiced with or without a gi. As mentioned above, one feature of gi Jiu-Jitsu is the availability of both gi and body grips. Many techniques rely on solid gripping mechanics as you need to control your opponent before attempting an attack. Besides that, the way you apply your grips affects the pacing of a match.

In gi BJJ, knowing how to effectively use the lapel to your advantage is crucial, as it can be used to attack and defend against an aggressive or stalling opponent. Both your lapel and the opponent’s can be used to apply a submission from positions such as the mount, closed guard, side control, turtle, and back mount.

Lapel chokes are submissions that can be performed using your lapel or the opponent’s. Some lapel chokes require you to grab around the opponent’s collar or below in the lapel area. Chokes done using the gi are just as efficient as chokes in no-gi, if not even more effective.

Using the gi as a tool to choke someone is very effective. You can practically use the lapel as a rope to strangle a fully resisting person. Nonetheless, both variations are great and are recommended for grapplers of all levels.

The lapel is an added element to the choking equation in gi BJJ. It gives more options for chokes as you can leverage the gi to set up various attacks. For example, securing a deep collar grip can start many unbalancing (kuzushi) and submission and sweeping techniques.

Below are four lapel chokes in BJJ that you may add to your repertoire.

The bow and arrow choke is likely the most crushing choke in the gi. According to John Danaher, strangles done from behind using the opponent’s lapel or collar create greater efficiency compared to other options. The reason is that the power comes from your bodyweight hanging off the opponent and the leverage of your legs pressing over. This puts all of your weight and leg strength into the choke, similar to a cutting rope wrapped around an opponent’s neck.

First, secure the seatbelt and open the opponent’s lapel so you can grab a deep collar grip with your choking hand. Scoot backward and lay perpendicular with your opponent as you step your leg over their body while grabbing their pants. Finish the submission by trapping the opponent’s hand with your other leg as you pull backward for the choke.

The cross collar choke is a basic choke that every beginner must learn. Teco Shinzato from the Evolve Fight Team shows the cross collar choke from the mount. Start by opening the opponent’s collar and secure a deep grip with the palm up. Post your other hand on the mat to maintain the position, and walk your hand to the other side of your opponent’s head as you grab the opposite collar. Post your head to the mat and finish the choke by pulling without flaring your elbows.

The brabo choke (also known as the D’Arce choke in the gi) is typically done from the side control or knee on belly position. In this video, Gustavo Gasperin from MMA Leech demonstrates the technique from side control. Starting from side control, maintain your position by driving your shoulder as you remove your underhook to open the opponent’s lapel.

Once opened, pass the opponent’s lapel behind the neck and keep a tight lapel control. This will serve as your underhook. Move up to knee on belly and pass the lapel to your far hand. To finish the choke, cross the opponent’s arm and drop your chest behind their tricep as you drop your knee to the ground to increase pressure.

Lapel-specific chokes are by far the strongest techniques you can do in the gi. It is beneficial for any BJJ student to understand the variations of these chokes as it can open up many opportunities to attack. Try these four basic options today, and let us know how it goes.