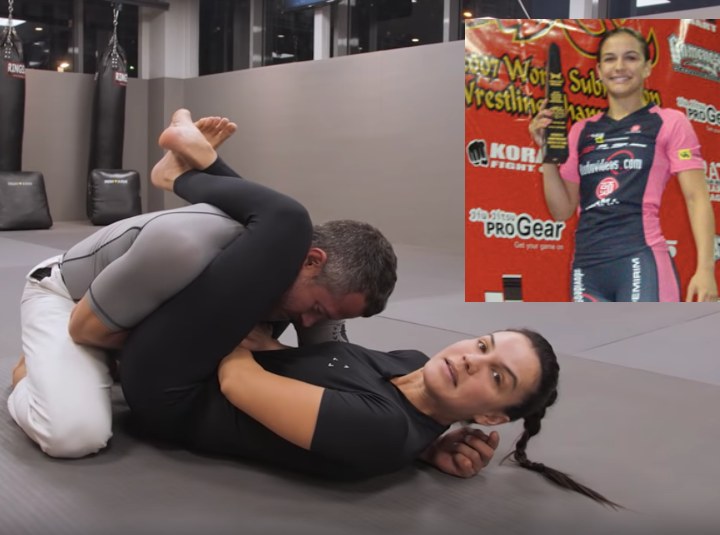 Kyra Gracie is one of the few Gracie women to achieve a black belt in BJJ and is the first Gracie female to actively compete in the sport. She is a 4x world BJJ champion and 3x ADCC. Her mother, Flavia Gracie, and her uncles Charles Gracie, Ralph Gracie, Renzo Gracie, Ryan Gracie (now deceased) all practice BJJ. She is the granddaughter of Robson Gracie and the great granddaughter of Carlos Gracie.

Gracie retired from competing in Jiu-Jitsu in 2014. She is currently in a relationship with the Brazilian actor Malvino Salvador. In September 2014, she gave birth to their first child, a baby girl named Ayra.

She recently told MMA Brasil website back in 2014 that she was retiring from BJJ competition:

“I just gave birth to my baby, so I had to leave training for a while, that is inevitable. I competed in Jiu-Jitsu for as long as I should, I managed to conquer my goals. In Jiu-Jitsu, nobody else will see me competing”. 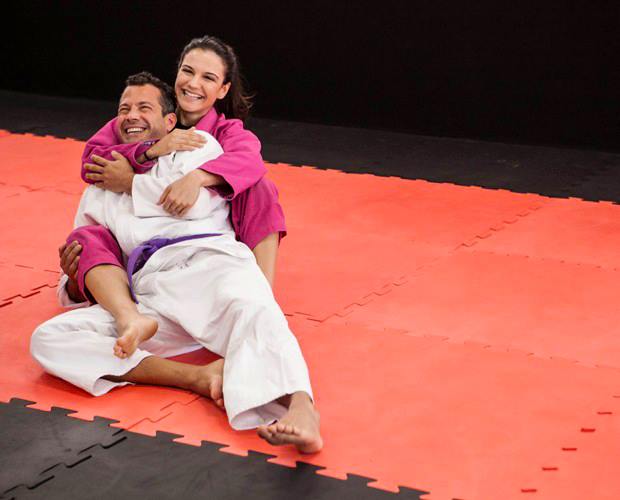 Kyra and her partner

She said that she will never stop training Jiu-Jitsu and that MMA is still an option:

“I will never leave martial arts, I will always train. About MMA, somehow I’m already there, I’m commenting. But there’s nothing confirmed. It is difficult to predict the future, but we’ll see. ”

In this video, Kyra teaches the traingle that she used to win her first ever ADCC world title back in 2015. This is a brilliant set up: