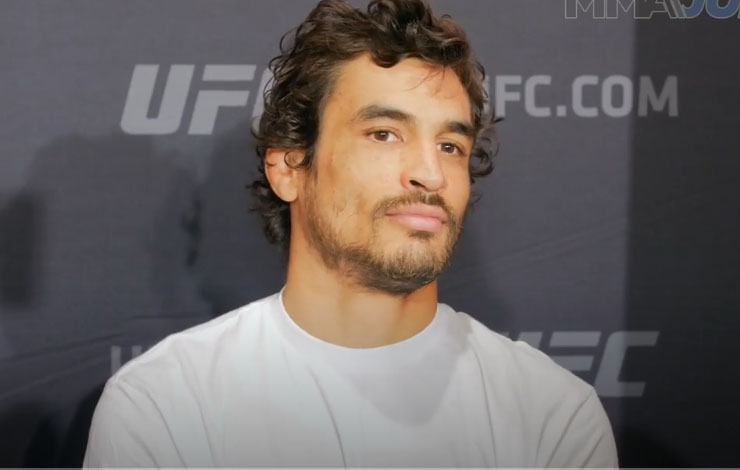 At UFC Phoenix media day Kron Gracie was open toward several interesting topics – among them how he initially wanted somebody better than Caceres and also why it is that he hasn’t fought in 2 years.

His last fight was under the Rizin banner, in December 2016, when he submitted Tatsuya Kawajiri in the second round.

“I think, stylistically, it’s a cool matchup because it’s kind of a little bit old school to a sense,” Gracie said. “But, personally, I like to fight guys that are going to try to come in for the kill. I think that’s a better fight, as opposed to fighting somebody who may run away, so I’d rather fight tougher fights. Win or lose, I’d rather fight better fights, guys who are going to try to come in and put some action on me.”

“I’d like to fight as much as possible, as soon as possible,” Gracie said. “I think that’s where I’m at, at this point of my life. I think the experience that I needed, I already got, and now I just need to rack up some fights.” – Kron added