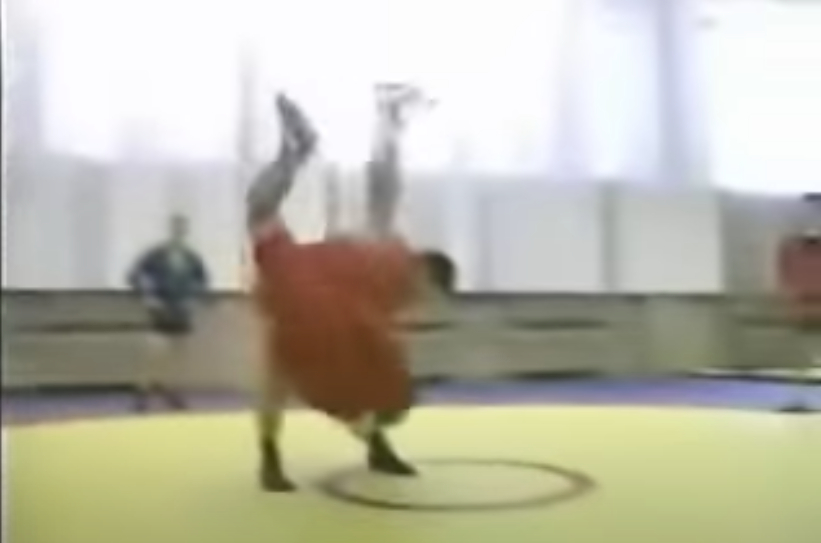 A Korean model/actor with no grappling background goes to Moscow, Russia to learn Sambo at the Institute of Physical Education under Sergei Tabakov. The result is at the same time brutal and funny.

There are 2 recognized competitive sport variations of Sambo:
-Sport Sambo (Russian: Борьбa Самбо, Bor’ba Sambo, Sambo Wrestling (eng)) is stylistically similar to Olympic Freestyle Wrestling or Judo, but with some differences in rules, protocol, and uniform. For example, in contrast with judo, Sambo allows some types of leg locks, while not allowing chokeholds. It focuses on throwing, ground work and submissions, with (compared to Judo) very few restrictions on gripping and holds.