Know Your Roots: Mitsuyo Maeda, The Man Who Brought Judo To Brazil Which Led To Brazilian Jiu-Jitsu 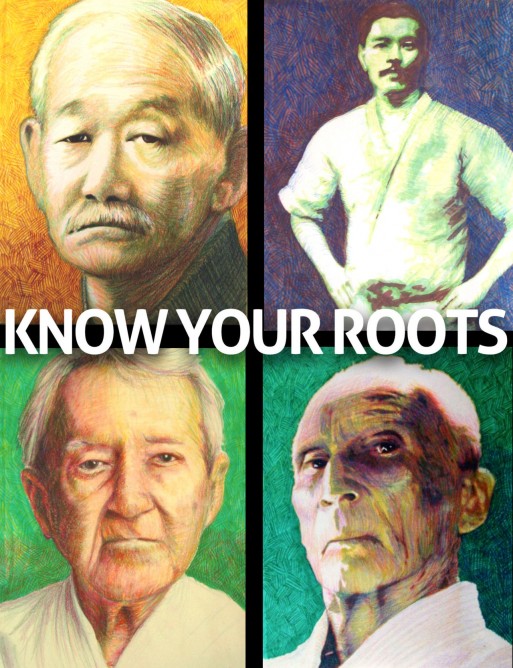 As Brazilian Jiu-Jitsu players we need to know the story of Mitsuyo Maeda, the man who brought his own style of ground focused Judo to Brazil which later the Gracy family made so famous.

Mitsuyo Maeda was born on November 18, 1878  and died in November 28, 1941. He was Japanese and was later naturalized Brazilian as Otávio Maeda. He was a  judōka (judo expert) and prizefighter in no holds barred competitions. He was also known as Count Combat or Conde Koma in Spanish and Brazilian Portuguese, a nickname he picked up in Spain in 1908. Along with Antônio Soishiro Satake (another naturalized Brazilian), he pioneered judo in Brazil, the United Kingdom, and other countries.
Maeda was fundamental to the development of Brazilian Jiu-Jitsu, including through his teaching of Carlos Gracie and others of the Gracie family. He was also a promoter of Japanese emigration to Brazil. Maeda won more than 2,000 professional fights in his career. His accomplishments led to him being called the “toughest man who ever lived” and being referred to as the father of Brazilian Jiu-jitsu.

Maeda moved to Tokyo when he was about 18 and began judo. The first record of him entering the Kodokan is in 1897. He had a natural talent for judo and moved through the ranks very quickly, establishing himself as the most promising young judoka in the Kodokan. In 1904 he moved to the U.S. with one of his instructors, Tsunejiro Tomita. Maeda and Tomita went around the US doing Judo demonstrations that offend ended up into challenge matches.

Maeda started teaching in the US and was approached to engage in a match for money. Since his income was limited at the time, he accepted. This, however, was a violation of Kodokan rules which prohibited members from engaging in matches against other styles. Maeda did not appear to be worried about this and thus his career as a fighter began. He was expelled from the Kodokan for participating in matches against fighters from other styles. Maeda is said to have fought over 2,000 matches in his career, many unrecorded. 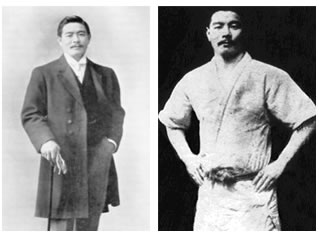 Connection with the Gracies

When Maeda ended up arriving in Brazil, he met Gastão Gracie who was a business partner of the American Circus in Belém. In 1916, Italian Argentine circus Queirolo Brothers staged shows there and presented Maeda. In 1917, Carlos Gracie—14 year old son of Gastão Gracie, watched a demonstration by Maeda at the Da Paz Theatre and decided to learn judo (also known at the time as ‘Kano Jiu-Jitsu’). Maeda accepted Gracie as a student, and the youth went on to become a great exponent of the art and ultimately, with his younger brother Hélio Gracie, founded Gracie Jiu-Jitsu, modern Brazilian Jiu-Jitsu. In 1921, Gastão Gracie and his family moved to Rio de Janeiro. Carlos, then 17 years old, passed Maeda’s teachings on to his brothers Osvaldo, Gastão, and Jorge. Hélio was too young and sick at that time to learn the art, and due to medical imposition was prohibited from taking part in the training sessions, learning instead by watching his brothers. He eventually overcame his health problems and is now considered by many as the founder of Brazilian Jiu-Jitsu (though others, such as Carlson Gracie, have pointed to Carlos as the founder.)

Source: Wikipedia and On The Mat.