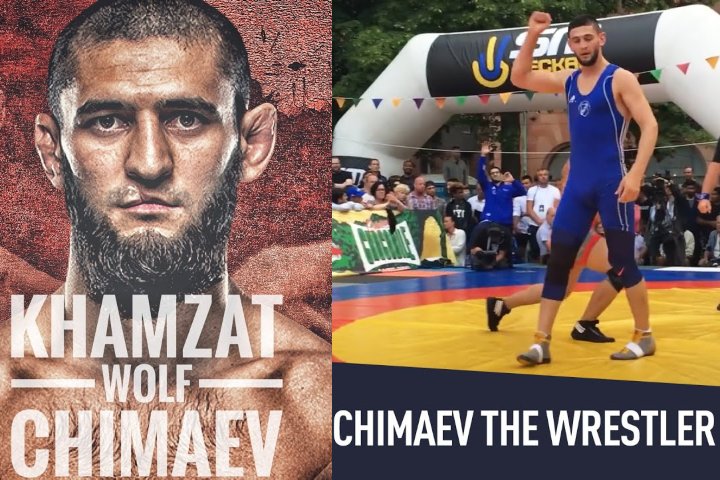 Khamzat Chimaev is making his much awaited return to action and is filling up his schedule with various combat activities.
After taking time away to recover from a rough bout with COVID19 following his busy debut year in 2020 that saw him fight and win dominantly three times in just over two months, Chimaev is set to return to action at UFC 267 to face the Chinese fighter Jingliang Li.

Chimaev is already looking to stay busy following his scheduled matchup.
According to Frontkick.online, Chimaev will face Swedish grappler and UFC fighter, Jack Hermansson in a freestyle wrestling match at Bulldog Fight Night 9.
The event will place take place in Gothenburg, Sweden on Nov. 19. The Wrestling match will be at 187 pounds and with two three-minute rounds.
The promoter Daniel Hogstrom of the promotion shared a promotional photo of the confrontation on his Instagram account on Thursday.

Throwback to UFC two-weight contender Khamzat Chimaev dominating the wrestling scene prior to his rise in mixed martial arts.