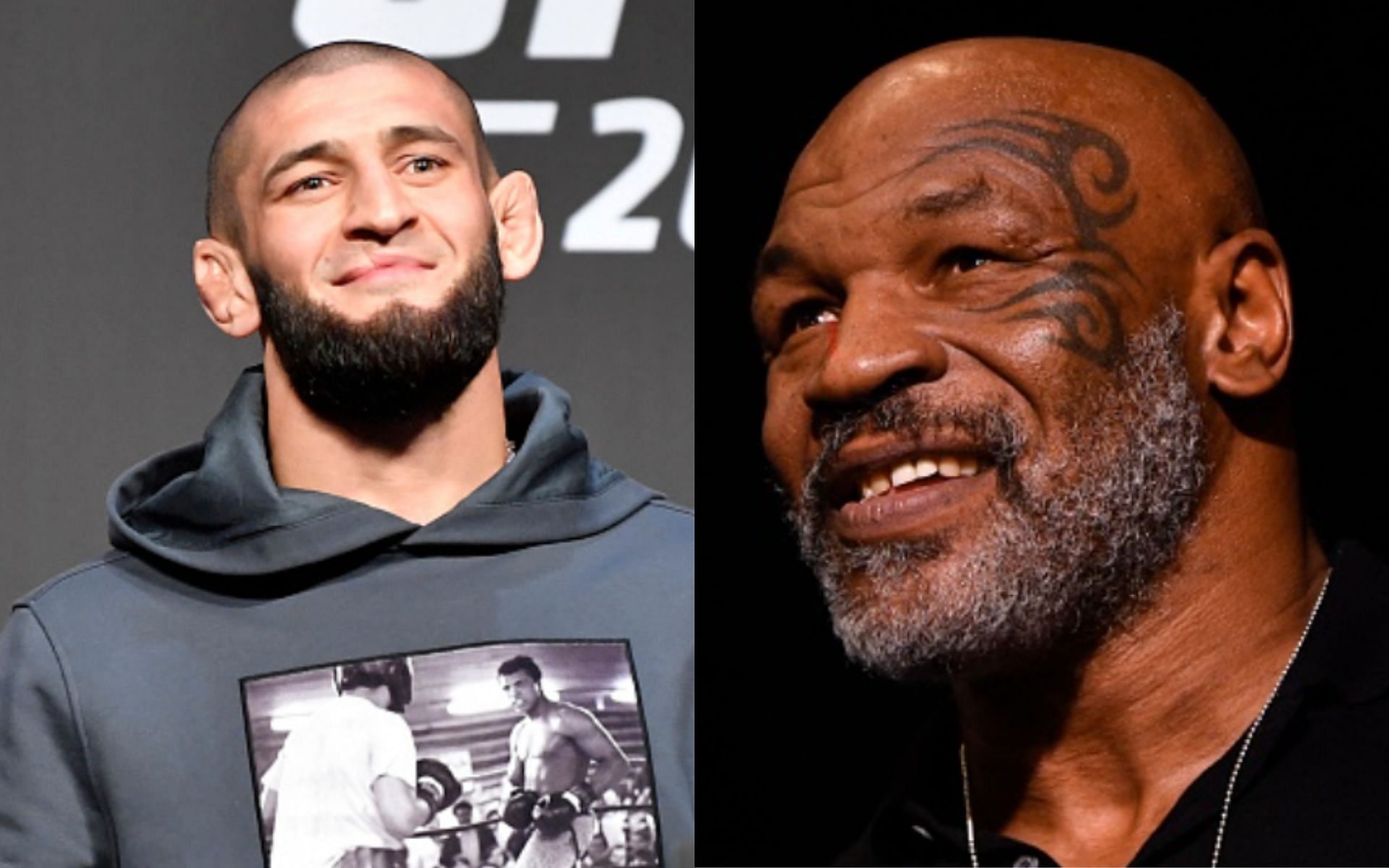 After easily dispatching of his opponent Li Jingliang in his last UFC fight, Khamzat Chimaev made a quick return to action and is filling up his schedule with various combat activities.
After taking time away to recover from a rough bout with COVID19 following his busy debut year in 2020 that saw him fight and win dominantly three times in just over two months, Chimaev faced Swedish grappler and UFC fighter, Jack Hermansson in a freestyle wrestling match at Bulldog Fight Night 9. Chimaev easily defeated Hermansson in a impressive performance.

Chimaev has a perfect 10-0 record in MMA. Six of those wins came via knockout and three came by way of submission.

His worldwide popularity caught the attention of Mike Tyson who wanted to be a guest on his Hotboxin’ podcast.

Mike Tyson is a mega combat sports star whose life has been filled with ups and downs and controversial moments.

Chimaev in a recent Russian interview, explained why he refused the invitation and why he is not a fan of Mike Tyson’s life journey.

“Ali said Mike Tyson also wants something, but I didn’t go. I didn’t have much desire to do that. As a fighter, an athlete, I really like him. But I don’t like what all happened with him – The violence, the pills, the marijuana, then Muslims, it’s strange. But I still respect him – Both as a fighter and as a person. He went through a lot of things and because of this, he broke down, did a lot of bad things. And no one knows what will happen to me. It can happen to anyone. A good, normal person, but something happens and you end up in a mental hospital. I don’t judge anyone, but I just didn’t want to go.”