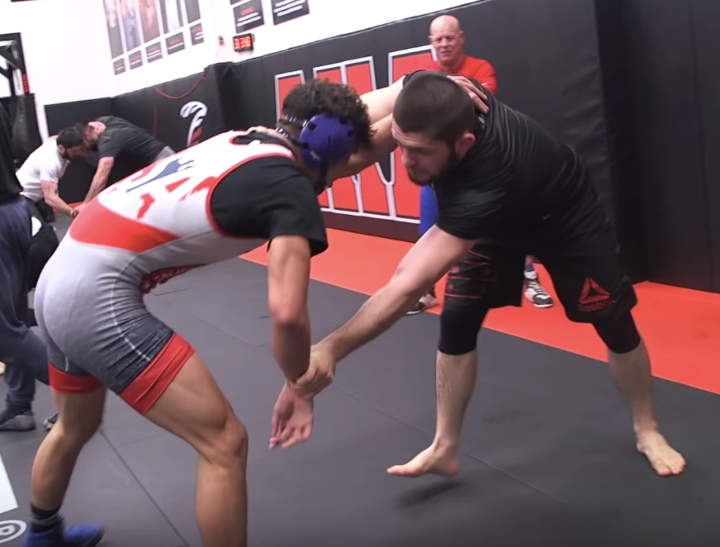 In this video, Khabib grapples with #1 Ranked US High School Wrestler Chase Saldate: