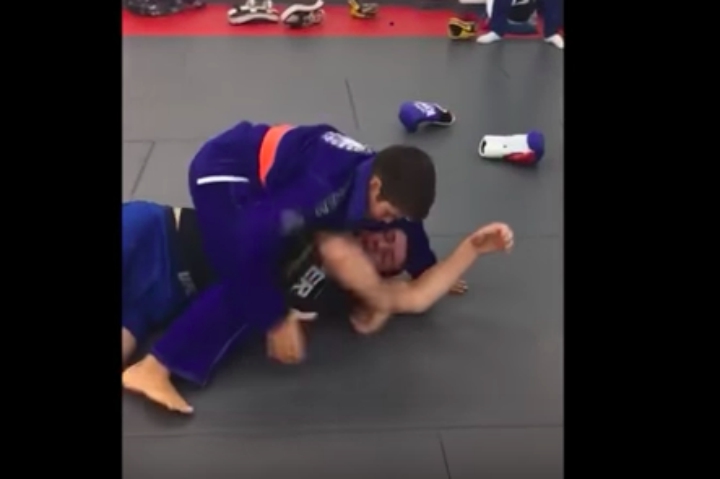 Khabib Nurmagomedov is famous for many things – major one being a saying: “If Sambo was easy, it would be called jiu-jitsu” .

His grappling background is world class. Like many children in Dagestan he began wrestling from an early age; at the age of six under the tutelage of his father Abdulmanap Nurmagomedov. A decorated athlete and a veteran of the Army, his father Abdulmanap had also wrestled from an early age before training in judo and sambo in the military. In 2001, his family moved to Machachkala. There, at the age of 12, he trained in wrestling, and from age 15 he began training in judo. After turning 17, he began training in combat sambo under his father. According to Khabib, the transition from wrestling to judo was difficult, but his father wanted him to get used to competing in a gi jacket. Abdulmanap is currently a senior coach for the combat sambo national team in the Republic of Dagestan, training several athletes in sambo and wrestling in Makhachkala, Russia. Khabib would frequently get into street fights in his youth, before focusing his attention to mixed martial arts.

João Gabriel Saldanha, an young orange belt under Leo Teixeira, was in New York and had the chance to train with undefeated UFC athlete Khabib Nurmagomedov.