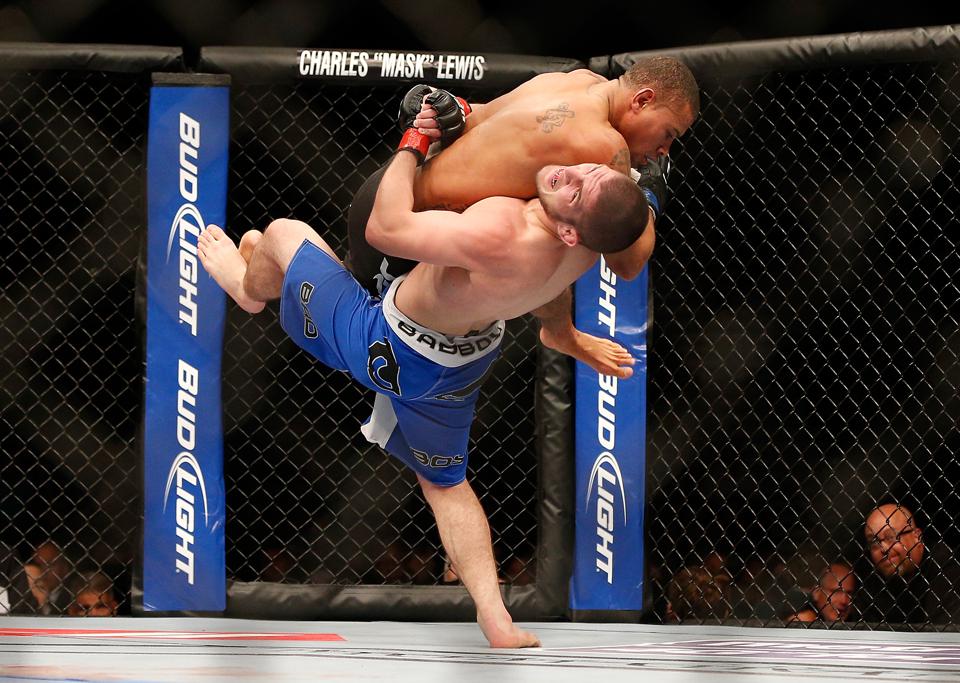 Have you ever stopped and asked yourself – what would it be like to spar and grapple with Khabib Nurmagomedov? Are his pressure game and his humble attitude as great as they are said to be?

“He is so strong. When he grabs a hold of you in the bodylock….”

So what makes Khabib Nurmagomedov so strong? It certainly doesn’t come from lifting weights…

Khabib Nurmagomedov recently revealed in an interview that he wasn’t a fan of weightlifting.

Nurmagomedov only lifts weights 3 days a week for strength and conditioning, but not so much that he gets overworked:

“I have never lifted 160 kg. I have lifted 120 kg at maximum. I don’t like this kind of weightlifting. I do it to look like an athlete.” Khabib said.

“I do classic exercises. Push-ups, deadlifts, jumps, everything that is needed for an athlete. And I do all these exercises on top of the sports to look like one.”