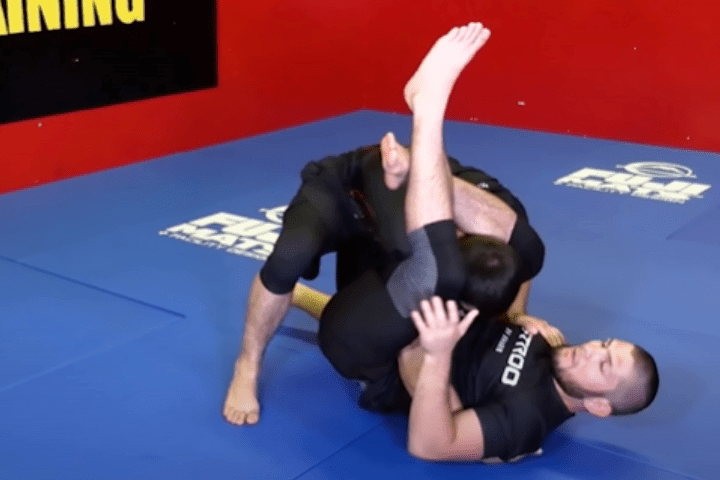 Remember the Khabib Nurmagomedov vs. Dustin Gaethje fight? Of course you do! It had such a memorable finish to it (Triangle Choke), as well as a full display of Khabib’s emotions at the end.
But, what if you could learn that exact Triangle Choke setup… From the man himself?

Now you can! Watch the video below to see Khabib demonstrate his favorite Triangle setup.

In the realm of mixed martial arts, you’re not going to just use your grappling skills. Instead, you’ll use striking to help yourself set up the submission.
Khabib’s Triangle Choke setup is no different. Starting from the Mount, he begins delivering a barrage of punches to his opponent’s head. This, Khabib explains, forces the opponent to protect his head by going into Khabib and wrapping his arms around his torso.

This is exactly what Khabib wants. He immediately transitions to a variation of an S-Mount, trapping one of the opponent’s arms underneath his armpit. Then, he forces the opponent’s arm underneath his leg, immediately threatening him with an Armbar.
To protect himself from the Armbar, his opponents start going into Khabib. He falls back, allowing them to fall into his Triangle – which he locks in, gets a favorable angle, wraps their leg… And gets the submission.

Watch Khabib demonstrate this setup on the video below: