Key To BJJ Progress: Learn How People Move & How To Control Them 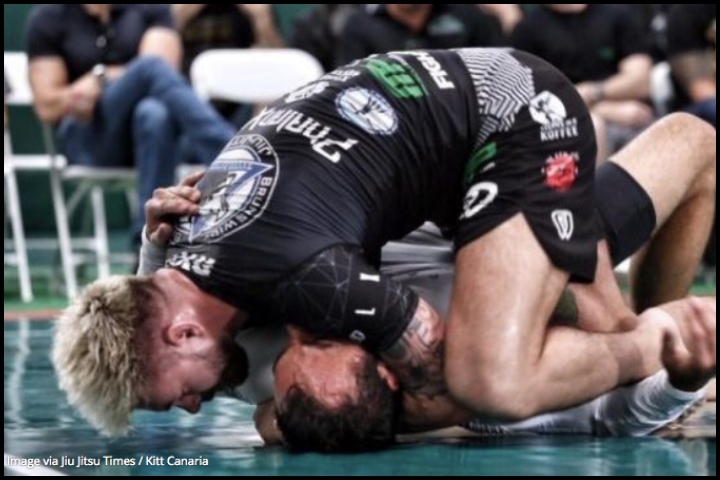 Sure, we understand that you’re really keen to get that submission. To sneak in that choke and get that tap as soon as possible, even before you get ahold of the person. And yeah, there are times for that, but please listen… Most of the times aren’t “it”. The vast majority of times, actually.
You need to be able to control the other person’s movement first. It’s what will make you a champion, no matter at what level – John Danaher explains:

If you can control an opponent’s movement – you control the game.
Moving targets are hard to hit. When you can stick an opponent in place and immobilize him, you can hit him with a submission hold at will.

Sure, it’ll take some time for you to figure out how to control the other people’s movement. But when you do, you’ll find that it becomes extremely easy to tap them out:

What makes the ground game so interesting is that the floor limits the means and methods by which we can move into a few predictable patterns. Once you learn those patterns you can learn to shut them down – and if you can shut down movement while still able to move yourself – you can finish anyone.

When you grapple, focus less on trying to perform moves and more on learning how people move on the ground and how you can interfere with that.
Then all the moves you were previously focused upon become considerably easier.