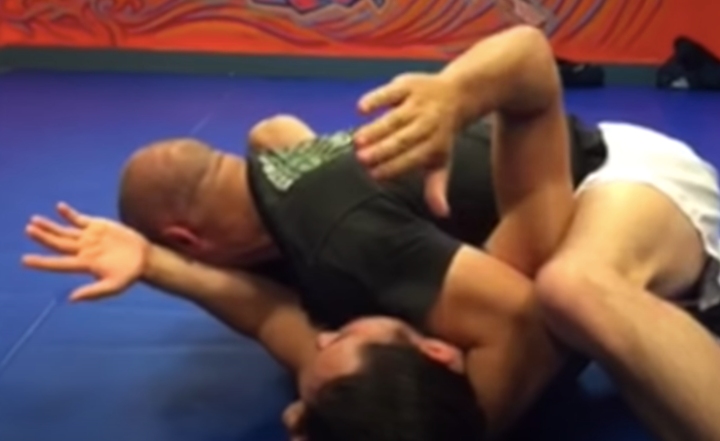 It’s not about who’s better. In reality, it’s about who gets tot he best position and tactic first. Respect all martial arts and martial artists but, most of all train with each other, learn and have fun!

Kali Master Paul Ingram shows how he uses slapping as a tactic to destabilise a BJJ black belt. He uses the reaction to grab an ear or reach for a weapon….

Arnis, also known as Eskrima and Kali, is the national sport and martial art of the Philippines. The three are roughly interchangeable umbrella terms for the traditional martial arts of the Philippines (“Filipino Martial Arts,” or FMA) that emphasize weapon-based fighting with sticks, knives, bladed weapons and various improvised weapons. It is also known as Estoque (Spanish for rapier), Estocada (Spanish for thrust or stab) and Garrote(Spanish for club). In Luzon they may go by the name of Arnis de Mano.

The indigenous martial art that the Spanish encountered in 1610 was not yet called “arnis” at that time. During those times, this martial art was known as Paccalicali-t to the Ibanags, Didya (later changed to Kabaroan) to the Ilocanos, Sitbatan or Kalirongan to Pangasinenses, Sinawali to the Kapampangans (“to weave”), Calis or Pananandata (use of weapons) to the Tagalogs, Pagaradman to the Ilonggos and Kaliradman to the Cebuanos. Kuntaw and Silat are separate martial arts that are also practiced in the Philippine Archipelgo. Arnis also includes hand-to-hand combat, joint locks, grappling and weapon disarming techniques. Although in general, emphasis is put on weapons for these arts, some systems put empty hands as the primary focus and some old school systems do not teach weapons at all.

Arnis also has a grappling aspect. Dumog is the Filipino style of wrestling and refers to the grappling aspect of Filipino martial arts. The word dumog is most commonly used in Mindanao and the Visayas, while the word buno is used in Luzon, specifically in the Southern Tagalog-speaking provinces as far south as Mindoro. Tribal groups such as the Ifugao, Samal, Igorot, Ibanag, Manobo, Dumagat, and Maranao are said to practice grappling arts known respectively as bultong, silaga, dama, garong, buteng, purgos, and kapulubod; while ethnic groups such as the Tagalog, Ilokano, Cebuano, Bicolano, Pampanga, and Pangasinan, are said to practice grappling arts known as gabbo, layung, lampugan, pantok, balsakan, and dumog