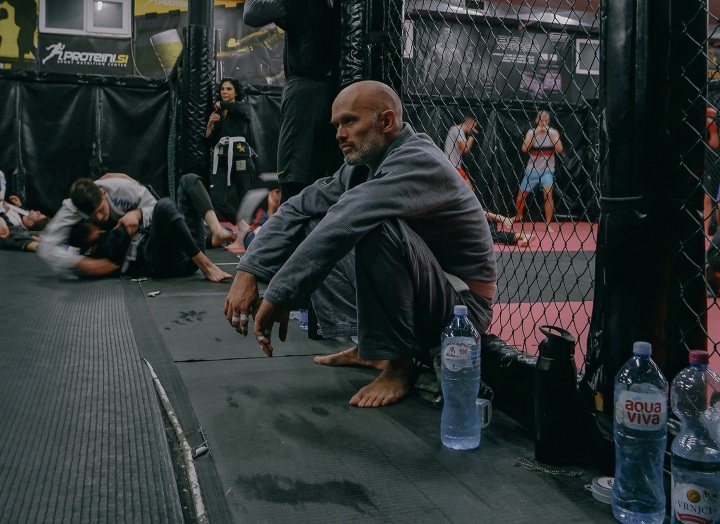 Impatient to finally get better at Brazilian Jiu Jitsu, eh? Yeah, we totally get it; sometimes, it just seems as if you’re not making any progress whatsoever. Or, what’s more, that you’re actively falling behind your training partners and opponents, in terms of skill. This worries you… And how couldn’t it? You’re investing all of this time and energy into a martial art you love, and yet you’re not improving as much as you’d like to.
But, hold up. Take a pause, and a deep breath or two. And keep training – because all of your BJJ woes will be solved by PERSISTENCE.

LACK OF PATIENCE WON’T GET YOU ANYWHERE

First of all, even before persistence is taken into account, one thing needs to be made clear: the lack of patience that you may have… It won’t take you anywhere!

In some things in life, you can be impatient and still get away with it. That is, you can be like that with most things that are easy to get, and which don’t last for too long. But if you’re pursuing anything truly worthwhile, you’re probably going to have to wait a bit for the fruits of success.
It takes patience for the achievement of truly great things. And BJJ is one of them. You simply won’t achieve your next belt promotion – let alone a black belt – nor the improvements in your technique, without being patient enough.

Therefore, you should at all times keep in mind that patience is the first key to persistence’s success.

PERSISTENCE WILL TAKE YOU FURTHER THAN YOU CAN IMAGINE

When you’re armed with patience, you are one step closer to ever-lasting Jiu Jitsu improvement and, consequently, success. The second step on your journey towards it, and the most important one, is the one of persistence.

Look. No matter for how long you’ve been training, drilling, and rolling Jiu Jitsu – it’s probably only a fraction of what you’re capable of. In other words, it’s only a itty bitty part of the time you could be putting into the sport; not on the day-to-day basis, but on the yearly, even decade-based grounds. So, whatever you’re worried about at the moment – be it your defense, escapes, guard passing, submissions, transitions, competition anxiety, whatever… It will all be overcome with persistence.
If you stay persistent long enough with the problem you’re facing, and (here’s an important part) if you’re actively searching for ways to solve it, you’ll get to the bottom of things.

It’s as simple as that! Stay persistent, don’t quit, and your Jiu Jitsu will improve. However, there’s an important point to be made here…

Yup! Persistence alone won’t make you better. Or, said differently: just because you’re on the mats doesn’t have to mean that you’re going to learn anything. Heck, you could be persistent at coming to training, and yet be sitting on the side. If you don’t put in effort into your persistence, you’re not going to make it.
That is to say, you should put your heart into being as persistent as possible… But you should do it in such a way that you’re pushing yourself to become better at the same time. You need to be aggressive when moving towards your goal of Jiu Jitsu improvement. Intensity is what will make your persistence formula capable of turning you into the best Jiujiteiro possible.

Thus, whenever you encounter a problem on your BJJ journey – an injury, a tournament loss, technique failures… Return back to patience first. Then, remind yourself that being persistent, paired with intensity, will solve your problem with time.