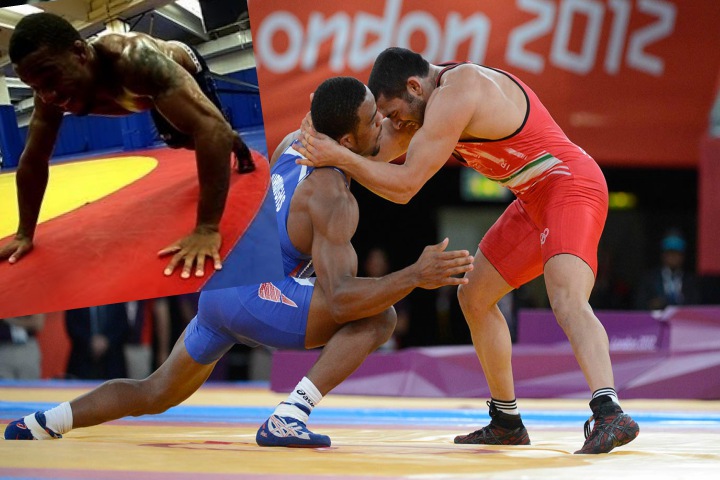 Burroughs is perhaps the most recognizable wrestler in the United States.  30 year old Burroughs began wrestling when he was 5 years old. In 2012 he became an Olympic Gold Medalist by defeating Sadegh Saeed Goudarzi of Iran.

The following year he won the World gold medal. He and John Smith are the only American wrestlers to win 3 world or Olympic gold medals in a row.

He went 3.5 years without a loss before having his streak broken in February 2014.

Here is a brilliant study of Burroughs’entries and split step.