Jonah Hill: “I Can’t Live Without My Jiu-Jitsu Gi” 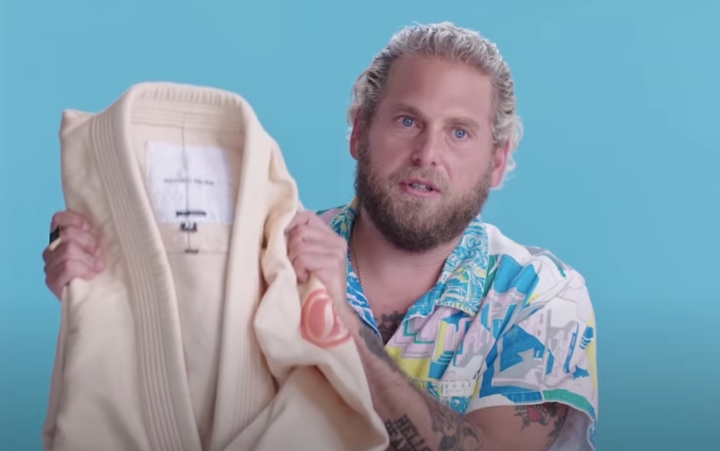 Hill started training BJJ more than 2 years ago and was at one point training up to 4x a week.

In a recent video for GQ magazine, Hill counted his Shoyoroll BJJ Gi as one of the essential things that he can’t live without:

Okay, now we’re getting into the serious stuff: Jiu-Jitsu. My man shooting this video is a purple belt, so we got to give him some love over there.This is one of my favorite Gi’s, shout out to Bear from Shoyoroll. Shoyoroll’s the sh*t.

On what motivated him to start:
I hit a point in my life, in my like early to mid-30s where I was like, if I don’t start like developing hobbies and sh*t, I’m going to be one of those people that only likes to work and I can fall into the workaholic category. So I was like, wouldn’t it be cool if the things I chose were things I was really scared of my whole life? So the first one was jujitsu.

I trained with Josh at Clockwork, who’s an amazing guy, and then also Kenny Florian, who’s an amazing guy.
I was lucky enough to train with such great people, got me over that fear and then that led to me breaking my fear of surfing.I think the hardest thing in the world to do is to be present, for me. And the two things I like to do, if you are not present, you will literally get fucked up, so, like, it forces me to be present both things and jujitsu definitely. You will literally get choked out if you’re thinking about, like, some sh*t you did two years ago that you’re bummed about, you know?
I learned early on, if I roll in a class, everyone wants the story of I choked out Jonah Hill.
I had to learn fast, like, it’s a story to basically beat the sh*t out of me, so I was like, I’m also going to pull up in a peach gi, so like, you know, I’m this whatever dude. I’m not trying to be like a tough guy. I just am out here having fun. And most of the time, I got to say, culturally, people have been really, really f*ckin’ cool.”