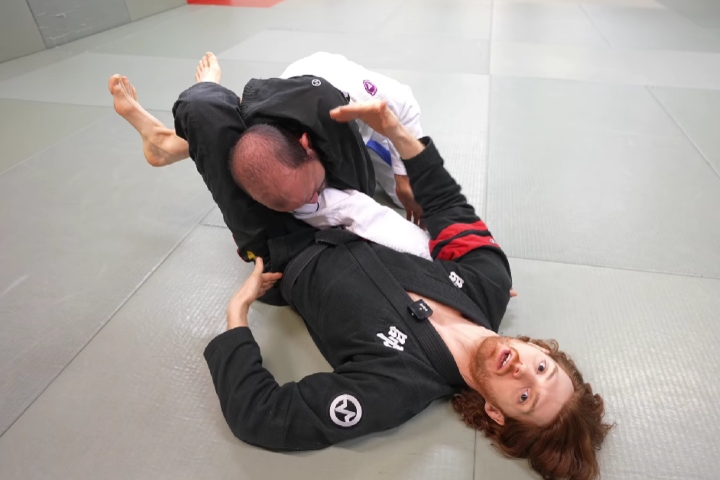 The “simplest” of submissions are often times the toughest of submissions to get right. And, even though they may be among the first techniques you’ll learn on your Brazilian Jiu-Jitsu journey, it’ll take you a lifetime to perfect them; such as the Triangle.
Luckily, however, there are things you can do right now to make this submission work better. Jon Thomas explains some great game-changing Triangle Choke details below.

Professor Thomas first emphasizes the need to close the space between your legs and the opponent’s neck. That is to say: sometimes, when you look from the sidelines, it might appear that someone’s Triangle is super tight… But it’s actually far from it, as there’s still some space remaining in that aforementioned space.
Therefore, make sure that you close this space down by contracting your legs as much as you can when you finally have the Triangle. And by, among other things, extending and then flexing your leg when you’re transitioning to the full Triangle Choke.

Also, if the opponent defends by posting their arm on your hips/stomach, you can fight against it by lifting your hips up and then driving their arm across yourself. With that said, you should also try to forget about trying to pull their head down to get the tap; this is a nice, additional thing you can do, but the true “tap power” comes from squeezing every single muscle in your legs.
Watch the video below to hear more details on getting the Triangle Choke success to the new level: