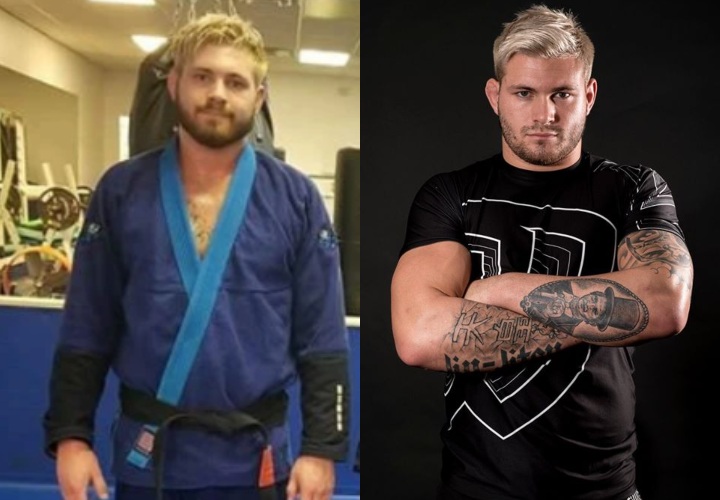 The New Zealand born black belt has been praised by the BJJ community as being a master and brain of the art. Danaher is a highly intelligent individual, who has a Master degree in philosophy from Columbia University, and is totally focused on the evolution and improvement of Jiu-Jitsu. He is also the submission coach of none other than former UFC Welterweight Champion George Saint Pierre, Travis Stevens, Garry Tonon, and Gordon Ryan.

Danaher shared his thoughts on Facebook about Gi vs No Gi in BJJ:

For the last decade a debate has raged over the merits of training with and without the standard uniform or “gi” in jiu jitsu.

Two polarized camps have emerged. Traditionalists claim that gi training results in greater technical advances for students over no gi training, whilst the advocates of strictly no gi training claim this is merely dogma based upon bias stemming from tradition, culture and fallicies. The debate has numerous claims and counter claims mostly revolving around the fact that most of the eminent champions in the sport come from a background of gi training and whether this constitutes evidence for the superiority of gi training over no gi or not.

An interesting point that appears to have been largely overlooked in this debate is that the original people who introduced the gi, the Japanese, did so for reasons that have nothing to do with technical development. Kano appears to have adopted the gi for training as it was commonly used in the various jiu jitsu schools of his time. The understanding appears to have been that it did a good job of mimicking the standard clothes worn at that time in Japan – thus combat realism appears to have been the original motivation for adopting the gi, rather than technical development of students. Indeed, the early gi’s worn by the jiu jitsu masters of Kano’s time did not even have a standard pattern, but rather varied widely in design and cut. Only when the Kodokan instituted uniform standards did the common pattern emerge.

I have always been rather surprised by the intensity and pervasiveness of this debate as it always seemed to be rather obvious what the answer was simply by stepping back and asking one simple question – what actually changes when you take of the gi and begin training without it?

The answer is simple and uncontroversial. There are three major changes.

First, the amount of friction between the two athletes dramatically decreases. The cotton fabric of the standard uniform creates considerable drag as we wrestle, particularly when wet with sweat.

Second, the number and strength of grips we can make upon our opponent massively decreases when the gi comes off. The gi allows for an almost unlimited number of ways to grip and control the human body, most of which are far harder to break or escape from the the basic no gi grips.

Thirdly, the number and efficiency of strangleholds that I can apply to my opponent greatly decreases when the jacket is removed. The gi jacket is essentially a rope stitched into two sleeves around the neck. It offers a multitude of highly efficient stranglehold variations – far more than the no gi situation.

On this all sides can agree. Take off the gi and the three biggest effects are less friction, fewer and weaker grips to control your opponent and fewer methods of applying strangles..

Now the interesting part of the debate. Does the removal of these three elements create a less technically adept student? The impact of friction and overall grippyness in grappling is similar. It has the effect of slowing a match down and making movement more difficult. The result is that students have more time to think and make decisions as they train, rather than resort to instincts as they struggle to keep pace with faster no gi matches. More importantly, as movement becomes more difficult they are forced to move in the most mechanically efficient ways in order to apply techniques – they cannot take short cuts and simply rely on strength and slipperiness to escape bad situations.

As the multitude of impediments to movement – grips and friction slow them down, they have to address each barrier to movement in turn to make progress towards their goal and thus learn tactical patience and sequenced moves towards a goal under trying and frustrating conditions- an important part of their development. Pin escapes while wearing a gi are generally more difficult when wearing a gi than without. Only careful adherence to good form and technique will permit escape- haphazard and instinctive movement generally will not. There is less danger of their sparring degenerating into directionless scrambles where physical speed outpaces their speed of tactical decision making – resulting in a greater propensity to learn to move with purpose.

When the gi is worn, students quickly learn the value of protecting their vulnerable neck. They learn to be disciplined with their chin and hands, always keeping them in sound defensive positions and they learn to keep a wary eye open for the ever present danger of the stranglehold – the most effective form of grappling attack.

As such, there is some wisdom to the argument of the traditionalists insofar as for most students, the conditions they must operate in during gi training, characterized by greater difficulty of movement and constant threat of strangles, will generally build better habits of movement out of defensive situations, better defensive habits for the vulnerable neck and helps prevent situations where the physical pace of the match outstrips the students speed of tactical decision making. Thus almost all of the benefits of wearing a gi appear to apply to defensive elements of the game at beginner level..

Interestingly the benefits of wearing the gi do not appear to apply nearly as well to the offensive elements of the game, and also much less to advanced players who have learned to make tactical decisions at much faster pace and who have already ingrained good mechanical habits of movement and neck protection. In fact, it would appear that constant use of the jacket may even result in less technically proficient students when it comes to offense in jiu jitsu. The gi provides so many grips of such strength allied with so much friction that students can apply submission holds and pins with less than perfect body position and let cloth grips and friction do the work that proper wedging of their limbs around their opponents body ought to be doing..

As such they are often disappointed when they first begin training without the gi to discover that most of their favorite submissions and pins are far less effective due to inadequacies in body placement that had been masked for years by the advantages of wearing a gi.

Training without a gi often results in big technical gains for offensive pinning and submissions as students learn to effectively fit the geometry of their bodies into that of their opponent to prevent movement in ways that there was never a need for when training in a gi as the gripping power and friction made such subtleties unnecessary..

My contention then is this. The traditionalists have a strong point with regards gi training being more desirable for the majority of students (not all students) insofar as overcoming the effects of increased friction, gripping power and threat of strangles will force them to adopt sound movement and postural habits whilst helping to keep the matches at a pace that does not exceed their ability to apply moves and concepts they are trying to learn rather than desperately resort to instinct. However, I believe that no gi training creates a higher level of technique in offensive moves. It forces students to apply submissions and pins with perfect form or slippery opponents will simply pull out. Students cannot rely on the artificial friction and grips of the gi to make submissions and pins work but must instead use perfect body placement.

In sum, as a general rule, the defensive elements of the sport are aided by gi training, particularly in the early years of training. However, it is my belief that the offensive elements of the sport passing, pins and submissions become more difficult when the friction and grippyness and ease of lapel strangles are taken away. This forces the student to learn good habits of tightness of body position as he moves around his opponent to a greater degree than during gi training. So when starting out training or when focusing on defensive prowess, a preponderance of gi training makes sense. When looking to make progress with offensive elements of the sport and sound basic mechanics and habits have already been learned, no gi training will lift the technical level of your game. note that these are general rules that apply in most cases, not universal rules that apply in all cases. I have seen students who train exclusively in a gi learn excellent offensive body movement and posture that made the transition to no gi training very easy; and I have seen students who trained almost exclusively no gi learn excellent defensive movement and postural skills. I contend then, that gi training can help push most students to higher levels in defensive skills, particularly in the early developmental years, whilst no gi training will benefit most students in building strong control for offense, particularly those who have already made good progress in the basic skills of the sport.

Bear in mind however, that the division between these two modes of training ought never to emphasized too much. Ultimately the goal of jiu jitsu is to control the movements of our opponent’s body – not the clothing around it. The best people in the sport are highly effective in both scenarios. If there is a dramatic reduction in the effectiveness of your game when switching from one to the other – something is wrong with your overall game that need to be addressed. The underlying principles of jiu jitsu run much deeper than the clothing around our bodies – focus upon those and the debate will be put in a better perspective.