John Danaher’s Advice for Not Gassing Out: “Learn To Take Active Breaks While You Roll” 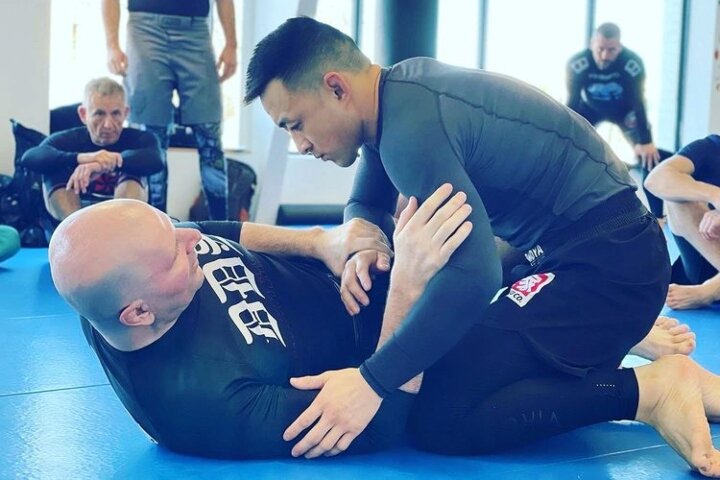 How many times have you found yourself without a breath during training? You roll with your training partner and, suddenly, you’re left without “gas”… And your partner takes advantage of this opportunity; which – you’d probably agree – doesn’t translate all too well to competition.
So, how are you supposed to not get gassed out while rolling? Well, John Danaher says that, after a while, it comes down to controlling your pace. That is, it’s about taking active breaks.

A little break in the action…Hard sparring is damn exhausting at times. The usual response is to think you need to get in better physical shape via an exercise program.
That’s certainly sound thinking and it’s every Jiu-Jitsu player’s responsibility to be in the best shape you can; however, the world is full of people who are in great physical shape but who still get exhausted quickly during sparring.

The key is to understand that once a satisfactory baseline of physical fitness has been achieved, ENDURANCE IS MUCH MORE A QUESTION OF PACE CONTROL THAN SUPREME PHYSICAL FITNESS.

It’s vital that you learn how to moderate your pace, keeping it at a level that you can sustain for prolonged periods of the match. For, it’s simply impossible to keep moving at a 100% intensity throughout the entire roll:

You must learn to moderate your pace and keep it within a threshold that you can maintain for the expected length of the match. A big part of this is LEARNING TO TAKE ACTIVE BREAKS during the course of the action.

Obviously you can’t just stop moving. You have to be able to lower your activity level to one where you can physically recover, but still be doing enough work to appear actively engaged in the match.
The best time to do this is in set positions that limit an opponents ability to increase the pace through movement – this usually means closed guard or half guard or top pins, but in extreme cases it might even include bottom pins.

You don’t have to be moving like a madman the whole match – learn to take some recuperation time in the midst of the action and you’ll suddenly find you can go a lot longer than you previously believed.