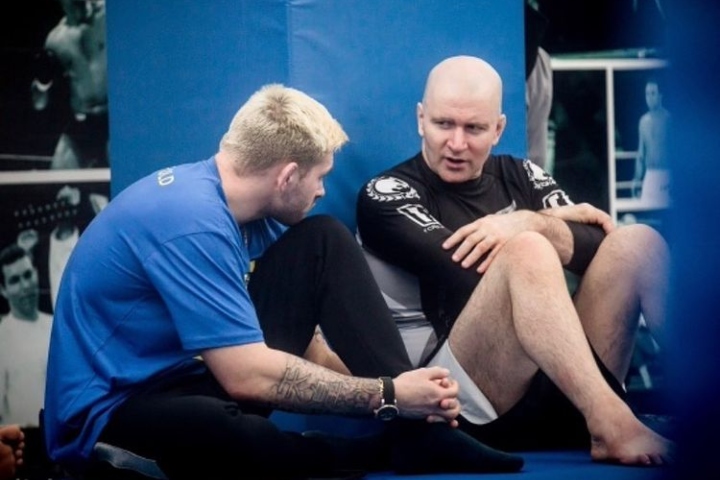 Everyone who rolls has, at time or another, come to a situation when they can’t train BJJ. Be it because of an injury, obligations, or just “life” – sometimes you simply won’t be able to come to Jiu-Jitsu classes. For long periods of time.
So what are you supposed to do in these situations? Well, when you can’t train BJJ, at least you can work on your mind… John Danaher explains:

There are many things you can do that don’t involve the body. You can study great champions and learn from their example and potentially add some aspects of their game into yours.
You can watch matches either on video or at your gym and follow the action mentally, placing yourself in the action on the side of one of the combatants and asking yourself second by second what you’d be doing differently out there and why.

Of course, you can still probably do some physical training, no matter how much:

You can work some aspect of your physicality that, if it were to improve, your gym performance overall would also improve. So for example, if you had an injury to the leg, you could work rope climbs to develop grip strength that will benefit you when you resume grappling.

In the end, however, it all comes down to the mindset you have when unable to train BJJ:

When Gordon Ryan suffered a terrible knee injury six months before 2019 ADCC, most medical experts thought it was extremely unlikely he would be able to compete at all. For three months he came in every day to watch classes… And we would quiz each other as we watched everyone train.
When he finally got back on the mats, his body was rusty. But his Jiu-Jitsu mind was sharper than ever. As soon as his body started moving properly, his Jiu-Jitsu looked better than before the injury; due to the sharpness of his mental game.

The mind governs and directs action. If the mind increases its powers during a lay off, the body will reveal these improvements as soon as it is able.