John Danaher: “These Are The Highest Percentage Takedowns in BJJ & MMA” 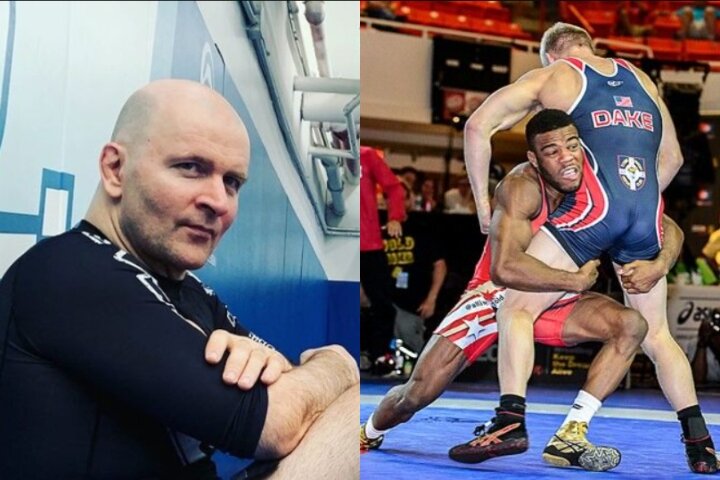 Takedowns aren’t something that a lot of Brazilian Jiu-Jitsu athletes are great in. However, if you want to develop a well-rounded BJJ game, then you have to work on your stand up skill. So, if you’re rather bad at this skill, you should go for the highest percentage takedowns first.
John Danaher took the chance to explain his views on what the highest percentage takedowns are, both in BJJ and MMA, in a recent episode of the Lex Fridman Podcast. He first explained what it means to go for the takedowns from the front:

With regards to takedowns, what we can consider the highest percentage takedowns… If you’re in front of someone, the single most high percentage way of taking them down is taking both of their legs and pushing them backwards.

If you get ahold of one of their legs and use your force on them, they can use their other leg to defend themselves; to hop around and to funk their way out of takedowns and cause all sorts of problems for you.
I don’t care how athletic your opponent is. If you take a hold, a firm grip, of both of his legs and start pushing him backwards – he’s going to fall down to his butt.

Now, he might be able to recover from there, but he will fall down.

Danaher went on to elaborate why takedowns from the back are a better option:

Even easier than that [takedowns from the front] is [being] behind someone. Takedowns from in front of someone are difficult. You’re going right into their hips, their head, their hands; to all of their defensive weapons.
And if you’re already behind someone, and if you’re doing what they refer to as the “mat return”… This is significantly easier than taking someone down from the front.

So what does, specifically, Danaher consider to be the highest percentage takedowns?

For me, the highest percentage takedowns will always be… From the front: Double Legs. From any takedown from the back, it will be significantly easier from any takedown from the back; so, all manner of mat return takedowns are always going to be very high percentage.
And takedowns which are done from the situations where the opponent is broken down in front of you and you have them by the Front Headlock or by chest wrap position, that’s going to be significantly easier than taking them down from the open [position].

He explains his views in more detail on the video below: