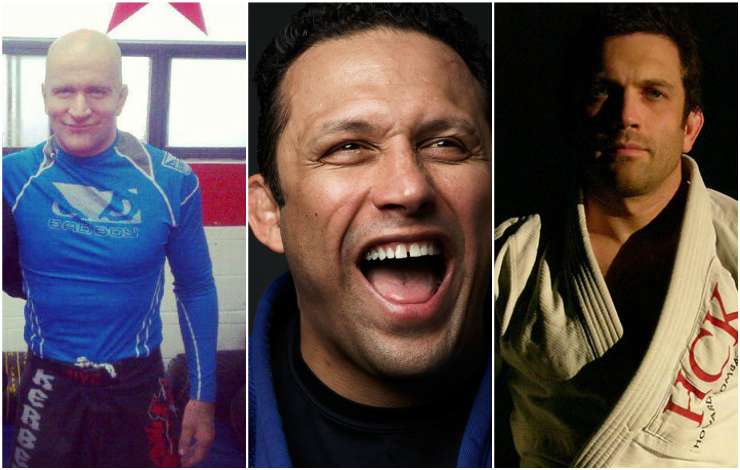 Origin of moves is often quite hard to determine in grappling. BJJ, Judo, Wrestling and Sambo are all cousins of sorts. As such the moves are often named according to the person who popularized them as opposed to actually the first to ever use them.

The D’Arce choke, or Brabo choke (how it’s called in Brazil), is similar to the Anaconda choke. The difference is that the choking arm is threaded under the near arm, in front of the opponent’s neck, and on top of the far arm. The choke gets its name from Joe D’Arce, a third-degree Brazilian Jiu-Jitsu black belt under Renzo Gracie. Though not the inventor of the choke, D’Arce performed this choke often and with great success in many Jiu-Jitsu and submission grappling tournaments. During a sparring session with Jason Miller, the choke surprised Miller, who gave it the name and pronunciation “Darce” rather than the proper “D-Arsee,” when D’Arce did not have a title for the technique. Another person that is famous for his brabo choke is Milton Vieira, a BJJ and Luta Livre black belt. Reflections on my sensei: A massive part of our experience in life is shaped by our teachers. We have all forgotten most of our childhood school experiences – but we remember almost all our teachers.
So too in our martial arts journey. Our sensei is are probably the single biggest influence on the directions we go in the sport.
Whenever a group of grapplers get together and start talking, it does not take long before the discussion turns to our senseis and the stories run like rivers.
Like most people, fortune has thrown me a mixed bag of blessings and curses over the course of my life, but one area I have been consistently lucky is in the people who became my teachers, whether in academics or martial arts. Though my writings mostly concern new directions in grappling, they would be seriously remiss if they did not include tales of my sensei, Renzo Gracie, who took me in as a white belt with a crippled leg in New York City in the mid 1990’s and took me on my journey through the sport.
I believe it is impossible for any one man to provide a complete education in any area. Therefore I believe everyone ought to have auxiliary senseis who provide alternative points of view and new directions; but I also believe it is important to find a main sensei who provides the vast majority of your outlook and and gives you unity of direction. I was lucky enough to find mine on the first try, but I suspect this is not the case for most people.
The lessons of twenty years of training and teaching in Renzo Gracie’s gym is not going to be summarized in a Facebook post – so I will come back to this topic on many occasions. Each time I shall endeavor to relate a lesson or idea he gave to me that I shall pass to you in the hope that it shall improve your experience in the sport as it did mine.
I shall start with question that a student once asked me – what was the single biggest influence that Mr Gracie had upon your direction in jiu jitsu? My answer was this: Mr Gracie created a school that was run in line with three critically important themes. First, RESULTS OVER TRADITION. Second, LIBERALITY IN DIRECTION. Third, HAPPINESS MUST BE LINKED TO JIU JITSU AND JIU JITSU TO HAPPINESS. Let’s look at each.
Renzo’s primary concern was always combat effectiveness. He focused on this like a laser and let nothing stand in its way. If something worked, it was adopted. It did not matter where or who it came from. As soon a new idea emerged and showed promise, it was subjected to rigorous testing in sparring. If it passed, it was adopted.
I remember the night I invented the inverted kata gatame strangle (later named after one of my students Joe D’Arce as the D’arce choke). I had only just got my blue belt two weeks previously and I nervously approached Renzo with my training partner and friend, Shawn Williams and asked Renzo if he thought it was worth investigating. Renzo had just returned triumphant from another fight in Japan and was on top of the martial arts world. It would have been so easy to ignore the ideas of some gringo blue belt – but he didn’t. He asked to see, then to feel it, then did it. In sparring that night we both put training partners to sleep with it (no one knew what it was and there was no defense in those days). The next night he taught it in class in the same manner as the established and traditional techniques of the sport.
Renzo was extremely liberal as our teacher. You can see the evidence in his senior students. If you look at Renzo’s top students you will see that they have very dissimilar games and approaches to the sport. Renzo only demanded effectiveness, that left a huge amount of freedom for us all to find a game that worked for us.
So many times I have people say that certain approaches to the game are not allowed or encourages at their school. When I told Renzo I was interested in developing a leg lock system (in the 1990’s when leg locks were seen as the tools of cowards and idiots), he simply said, “good, let me know what you come up with!”

The third aspect is one that is rarely mentioned, but as I grow older,
I have come to think it is perhaps the most important. Renzo made training a source of happiness. So often we get caught up in results and desires and goals and perfectionism that we lose track of the biggest demand of all – that our journey be a happy and fulfilling one.
If training is not a joy, you simply will not last through the hardships, the grind and the years. As anyone who who has met him can attest, Renzo can light up a room in an instant and make everyone feel comfortable and wanted, even in uptight and edgy New York City.
Every week I see numerous students come down to the academy when they cannot train, just to hang out and be part of something that brings them joy. As much as I talk about improving sports performance in my writings, this must be put in the context of a happy and fulfilling life or else even the most disciplined student will eventually find something else to do.
No man and no school is perfect, but basing his approach on these three themes made Renzo Gracie one of the most influential and successful martial arts teachers of his generation and I shall always be thankful that I was a product of them. 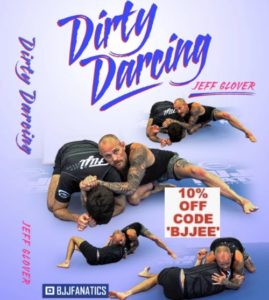