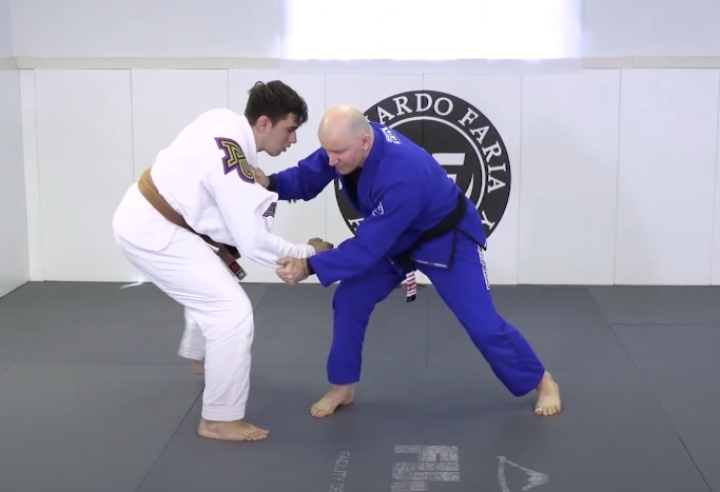 If you struggle to get takedowns, and don’t have time to cross train in Judo or Wrestling, here is a really simple option which you should add to your takedown.

This takedown is so simple that any white belt could do it.

It’s not a real takedown. It’s more of a drag which leads to a takedown.

A few years ago, ADCC champion Yuri Simoes was able to surprise Judo Olympic silver medalist with this takedown and earn tow points for the takedown:

In the exclusive excerpt below “Movement As a Distraction”, John Danaher looks to overcome one of the biggest issues that arises when we are trying to take our opponents down via one of his favorite takedowns for the BJJ athlete, the collar drag.

Once you understand the grips used, set up and execution of the throw, it is pretty simple to pull off if the timing is right.