John Danaher Shares The Basis of BJJ: “Take Away The Freedom Of Movement” 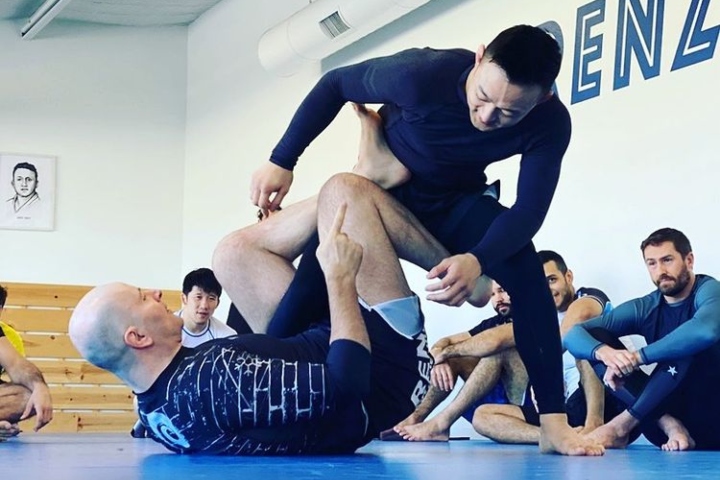 You know how Brazilian Jiu-Jitsu can often be so complicated that it seems as if you’ll never become good at it? As if you’ll never really understand it and all of its moves? Yeah, we get you. But just because BJJ is so complex, it doesn’t mean that you can’t make it simpler.
For instance, there’s one basis that all of your attacking (and defensive) moves in Jiu-Jitsu have: taking away the opponent’s freedom of movement. John Danaher explains why this is so important:

An opponent who is free to move as they please is a dangerous opponent.

One of the cornerstones of Jiu-Jitsu is the idea that you must be able to control an opponents movement in order to control the outcome of a fight or match.
Control of movement comes in degrees. It starts with something as mild as a wrist grip and builds up to control of the hips and core; becomes still more powerful when you go to the ground and can use the combination of floor, gravity and your body forming blocks and wedges to make movement very difficult for an opponent. It culminates in situations where you have your legs controlling your opponents upper body… Preferably on top of him so that he finds any kind of movement extremely difficult.

Therefore, you should aim to progressively get more and more of control over the opponent’s freedom of movement:

Learning to progressively gain greater and greater control over your opponents movement is close to the very soul of Jiu-Jitsu and is the element of the art that allows you not only to win.
BUT TO CHOOSE HOW YOU WIN AND WITH WHATEVER DEGREE OF VIOLENCE, RANGING FROM VERY MILD TO EXTREME, YOU CHOOSE.

Don’t accept situations where an opponent stands unfettered in front of you. Make contact early and progress rapidly to greater and greater contact until you have complete control.
This is the spirit of Jiu-Jitsu.