John Danaher: “Renzo Had A Dynamic Game – He Moved Beautifully” 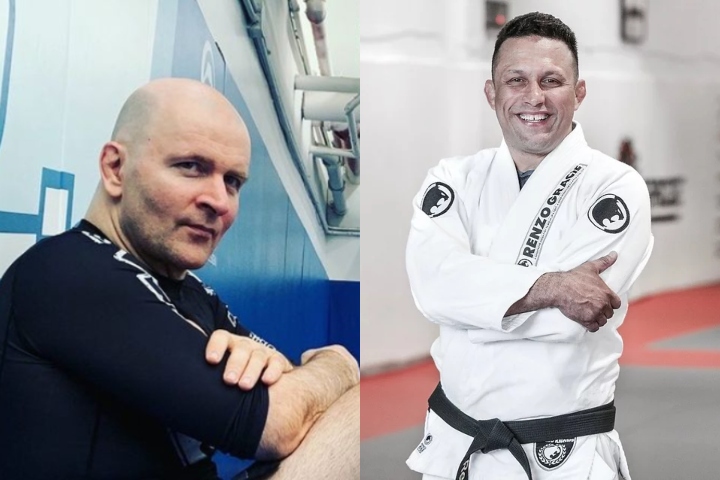 Every fantastic BJJ athlete has a great coach behind them. But, even their coaches have had amazing people coaching them; for instance, John Danaher‘s first and only instructor was Renzo Gracie.
Danaher remembered his first training experiences, training under Renzo in the popular “blue basement” in the early 1990s:

I’ve only had one instructor in my entire life – the first gym that I went to was the gym I stayed in for the rest of my career. My first instructor was Renzo Gracie and he was, in fact, my only instructor.
And when I first came into Jiu-Jitsu, my only interest was to learn enough Jiu-Jitsu to be able to better win street fights; as I was working as a bouncer in New York City in the early 1990s. So, I went in with very low expectations.

And even early on, Renzo had people like Matt Serra… And as I spent more time there, I became a training partner to Matt Serra (a blue belt at the time), to Ricardo Almeida, and to Renzo himself.

He thought back to how Renzo used to roll back in the day:

Renzo had a beautiful, dynamic game – he used to move beautifully… There’s something special about an athlete when they start training at 5 years old.
They have that element in their game which comes from childhood training and they fight on an instinctual level. Unlike someone like me, who started at 28, who has no instincts and has to figure things out over time. So, my game was always a slower, more analytical game; whereas Renzo had a more dynamic game.

He put a strong emphasis on the idea that Jiu-Jitsu had to be effective both in gi and no-gi. And he gave me great freedom to try out anything, provided that I could prove that it works.

Relatively soon after Danaher started training, Matt Serra and Ricardo Almeida moved away from New York. So, Renzo asked him to start teaching full-time at the academy:

I was a student at the PhD program at the Colombia University at the time and I had to make a decision as to which direction I was about to go.
I went with Jiu-Jitsu and started teaching soon after.