John Danaher On Why You Should Favor Frontal Takedowns in BJJ 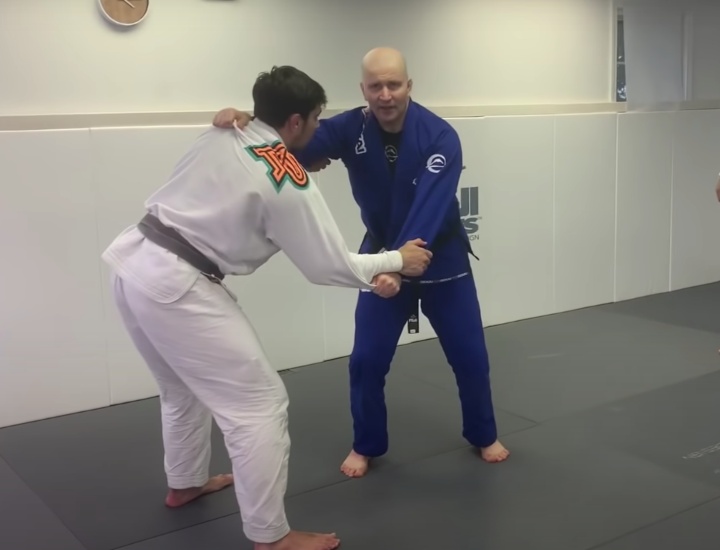 “Takedowns in Jiu jitsu – favor those where you face your opponent: There are many sins in Jiu jitsu, but the most unforgivable one is BACK EXPOSURE.

If you expose your back to your opponent he now gets the highest possible score and has access to the most high percentage submissions in the sport while you can do nothing but defend. As such, when it’s time to decide what kind of takedowns you should employ, DEGREE OF BACK EXPOSURE is certainly a very important consideration. Some takedowns require you to completely turn your back to an opponent.

This certainly enables you to generate great throwing power, but comes at a high price – any slip up on your part and your opponent gets a big score and a very good chance to finish you. In most grappling sports such as Judo, the rules reward risk – if you miss a throw and expose your back, the referee will protect you by intervening and restarting you in standing position. In Jiu jitsu, no one will intervene on your behalf. If you make an error and expose your back, you will have to fight your way out of it and recover.

As such, there is an understandable preference for takedowns with minimal back exposure. To be sure, there are other potential dangers besides back exposure, but they are generally not as severe. Here, Gordon Ryan tests the formidable takedown defense of Georges St Pierre with a double leg takedown. As long as his posture is remains strong there is little back exposure. Note how he clears the lead arm to lessen another big risk of leg takedowns – neck exposure – Mr St Pierre has a nasty front headlock.

When you start building your takedown repertoire, take into consideration the unique features of Jiu jitsu that may make you favor some takedown methods over others. What are your favorites? How well do they adapt to unique rules and directives of Jiu jitsu?”

In this video, Danaher the takedowns he feels are most appropriate for BJJ. These are takedowns and throws that are specially adapted to be fit BJJ’s rules.