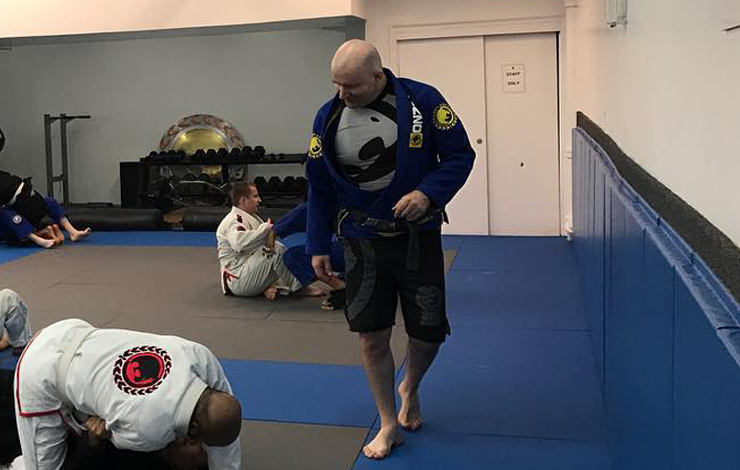 John Danaher is universally known one of the best kept secrets in Jiu-Jitsu. The New Zealand born, BJJ black belt under Renzo Gracie has been praised by the BJJ community as being a master and brain of the art. Danaher is a highly intelligent individual, who has a Master degree in philosophy, and is totally focused on the evolution and improvement of Jiu-Jitsu. He is also the submission coach of none other than former UFC Welterweight Champion George Saint Pierre. Danaher trains at Renzo Gracie’s Academy in New York where he also teaches Jiu jitsu.

He wrote a very interesting analysis on the belt system in Brazilian Jiu-Jitsu. This quote is from Mr Danaher,written in Renzo and Roylers book
“Brazilian Jiu Jitsu,Theory and Technique”:

“Most martial arts have a system of belts or similar ranks by which a student may assess his level of development. Brazilian Jiu Jitsu tracing its roots back to Maeda’s influence Shares the Japanese system of belts. The belt system begins with White belt and progresses through blue,purple,brown,black,and various degrees of black, up to ,red belt for those whose influence and fame takes them to the pinnacle of the art.Compared with other styles,there are a relatively low number of belt grades in Brazilian Jiu Jitsu.

Most styles have different grades within a belt colour,so that one can be a third stage orange belt,for example.This plentitude of belts levels ensures that students have a sense of constantly moving forward,since they are often being given a new level.By way of contrast,the student of Brazilian Jiu Jitsu must often endure long years holding the same rank.Few make it even to purple belt,with black belt being truly elite status.

What distinguishes the Brazilian system from others is its extreme INFORMALITY.There is no precise,agreed upon set of rules that determines who is a blue belt,who is a purple belt,and so forth.Part of the reason for this is the complete lack of forms,or kata (pre-arranged,choreographed sets of movements containing the idealised movements of the style in question,typically a collection of kicks,punches,blocks,and the like performed solo),in the Brazilian Jiu Jitsu system.Most Martial Arts put a lot of emphasis upon learning these katas,this is often taken to be indicative of progress.One might try to differentiate grades in terms of numbers of moves that a student knows. Such a method is clearly inadequate.

It is often pointed out that a purple belt knows almost as many moves as a black belt – he simply does not perform them as well, or combine them aswell, or at the correct time. Also, some fighters do very well with a small collection of moves that they can apply well in any situation – should they be ranked lower that another fighter who knows a lot of moves but applies none of them well? A more objective method is to test fighting skill. If one fighter always defeats another when they grapple, this might be taken as firm evidence that he deserves the higher rank. Yet it is not always so simple. What if he is far heavier and stronger and this is the only reason that he prevails in sparring sessions? What if he is technically inferior? You can see that there are no easy answers to the question of what criteria we can offer for a given belt ranking.

Rather, the extreme informality of the Brazilian style is a direct reflection of the fact that it is impossible to provide clear cut rules as to how people ought to be graded. The most we can do is to provide very general criteria. The individual decision must be left to an experienced instructor who will take a range of criteria into account. For example, the size and strength of the student, depth of technical knowledge, ability to apply it in sparring sessions and competition, how he compares with students of other ranks both inside and outside his school, his ability to teach and so on. In general Brazilian Jiu Jitsu takes a very CONSERVATIVE stance toward promotion. This is a direct reflection of the fact that it is primarily a fighting style. It makes no sense to promote someone to a high rank if they cannot fight well – after all, should a highly ranked fighter be defeated it is a bad reflection on the school. So then, the two principle features of the Brazilian ranking system are it’s INFORMALITY and it’s CONSERVATISM.

To really know a given move one needs to learn not just the basic movements, but be able to perform them on an opponent who is resisting as hard as he can. This comes not from a book, but from time spent on the mat in hard training. A true sense of your level of development is had by training and competing with other practitioners and drawing comparisons with your own game.”