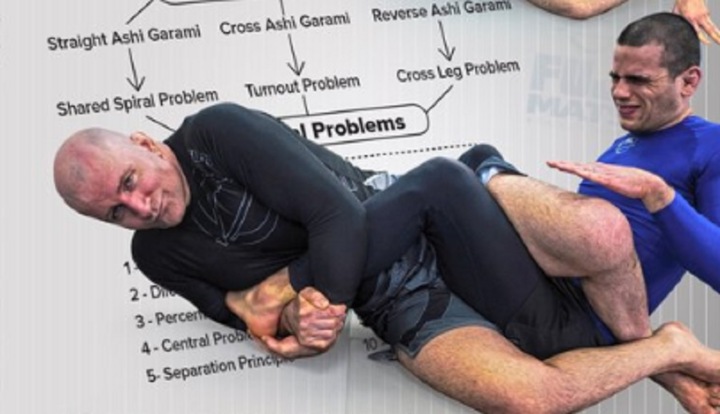 Jiu-Jitsu coach extraordinaire John Danaher was recently a guest on the Joe Rogan podcast where they talked about life and more interestingly, about Jiu-Jitsu and the best way forward for it to develop as a sport.

Dropping the Brazilian from bjj probably seems like the best next move, especially considering the importance of the American market.

There is some division in the grappling world about whether point-based or submission-only style tournaments are a better format for ‘true’ jiu-jitsu, fairer competitions, or better entertainment.

For BJJ/Grappling to become a mainstream spectator sport there needs to be a changing in the competition format and rules. John Danaher was recently a guest on the Joe Rogan podcast, where he discussed what needs to change in Jiu-Jitsu’s format.

For him, submissions need to be put forward.

For Danaher, what sets Jiu-Jitsu apart from Judo and Wrestling, are the submissions and diverging away from that is watering down the sport.

“What makes (Jiu-Jitsu) remarkable is the idea that it’s a form of grappling where the outcome is determined in a way which it’s understandable to anyone- it’s surrender. You make someone surrender to you. As impressive as Judo, wrestling are as sports, the mechanism by which they win in Judo’s case the Ippon throw…and in wrestling, a pin, they’re not as decisive…..But when you surrender, that’s you saying ‘I quit, it’s over’. That’s the most definitive form of victory in any form of grappling.”

“The further you get away from the idea that Jiu-Jitsu is about controlling into submission, the less interesting the sport becomes. We must do as much as possible to push athletes towards that expression of Jiu-Jitsu. Don’t just win by the minimum amount, to get the job done. But go the extra distance and try to win by submission.”

A post shared by Jiu Jitsu Saved My Life (@jiu_jitsu_saved_my_life)