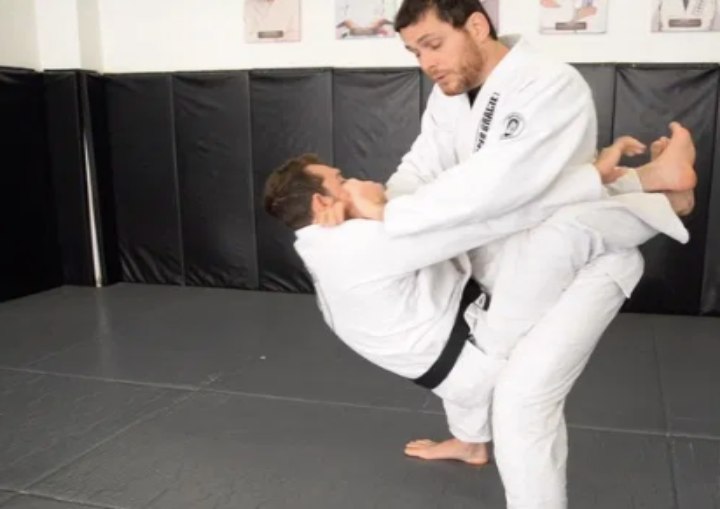 Closed guard is a dangerous place to be in for the one on top. Your opponent has so many options and you, realistically have very few. You either have to open it or force a submission. You need to get out of there ASAP.

Opening the closed guard from the knees can work but mostly on beginners and lower belts.

James Duscio wrote for bjjee about the closed guard:

Watch any of the early UFC’s and you see Royce Gracie submitting people left and right and some of the most memorable tap outs were from closed guard. It made the world realize that a smaller guy on his back was a dangerous threat. You watch a street fight with a BJJ practitioner and the BJJ practitioner almost always submits the opponent from closed guard if a top or back position is not taken.

So how do you counter and escape such a dangerous position more efficiently?

The best way is to stand up.

John Danaher explains why you should always stand up in closed guard. His posted some great tips from his Instagram page:

“Don’t stay on your knees in a closed guard – stand up and open it: One of the most common problems i see beginning students struggle with is opening a closed guard. On the surface it feels like you are better off staying in your knees as you are stable and can retract your arms and neck for safety. This is an illusion.

Remember that as along as you stay inside the closed guard you have very little effective offense in a grappling situation (MMA is very different). despite being in bottom position, your opponents hips are actually higher than yours, which means he has some very effective offense from bottom. There are a few specialized ways of opening a closed guard from your knees, but they tend to be used either by a few specialists in those methods or by beginners on other beginners.

As you go higher in level, in the vast majority of cases, you will need to stand up to effectively open your opponents guard. When you first try you will feel unstable and be knocked down many times. Don’t despair. Get back up and try again. It doesn’t matter if you get knocked down to your butt, so long as your opponent doesn’t actually get in top of you he won’t score. In time you will be knocked down less.

Through all of your early attempts and frustrations I offer you this – WHATEVER PROBLEMS YOU HAVE GETTING KNOCKED DOWN BACKWARDS WHILE STANDING IN YIUR OPPONENTS CLOSED GUARD ARE INSIGNIFICANT WHEN COMPARED WITH THE PROBLEMS YOU WILL HAVE WHEN YOU ARE PULLED FORWARD INTO A CLOSED GUARD ON YOUR KNEES. The former is an annoyance, the latter will very often end in your submission. You must develop your ability to stand in a closed guard and open it with confidence – it is a foundational skill of the sport.”