John Danaher On Confidence: “My Job Is To Prepare People With Their Physical Skills” 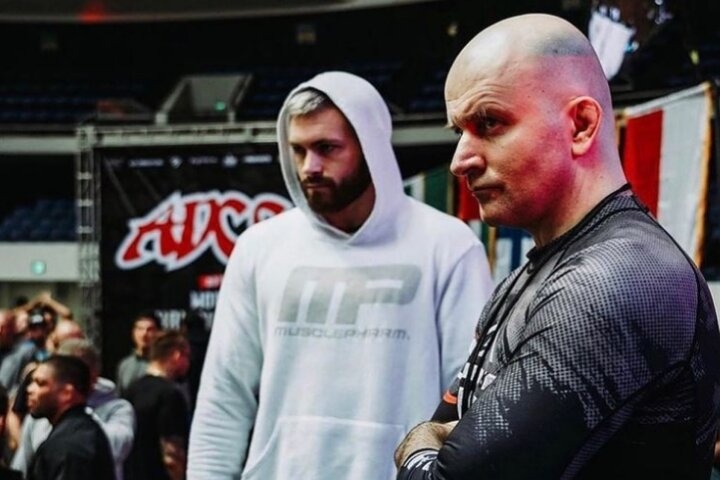 John Danaher, Gordon Ryan, and Georges St-Pierre were guests on a recent Lex Fridman Podcast episode. The three shared their knowledge, experiences, and opinions on a multitude of topics – one of them being confidence.
Danaher, as an instructor who has had ample experience coaching both St-Pierre and Ryan, decided to dive deep into how he approaches confidence-building in his training. However, what might surprise you is that he doesn’t focus specifically on confidence; but rather on building people’s physical skills.

My job is to, first and foremost, prepare people with their skills.

If you’re, in any way, a rational human being and you’re noticing that you’re getting tremendous success with a given move in the gym, against high-level opponents who give a good read on what your actual opponents and competition is like… You would have to be a moron to not recognize that kind of success.
Say: “This is something that I should be building into my game”, and you will carry the confidence you’ve built in the gym into the arena.

He explains that he will tell his students that they’re improving. But he also emphasizes that just saying that doesn’t make any difference:

So, my job as a coach is to set them up for success in the gym – with a given set of skills. And I don’t have to do anything psychologically after that.
If I can set you up to be highly successful with a given move or a set of tactics, ten times in a row against quality opposition in a gym, I don’t have to do a damn thing when it comes to instilling confidence.

I will tell people: “Hey, you are doing a very good job with that move. It’s working well for you.” But, when they’re not in the agreement, I don’t try to force anything on them. They’re supposed to recognize that long before the words came out of my mouth.
But on the other hand, intelligent and rational people will recognize when they’re failing in moves… And no amount of talking on my part can ever change that.