John Danaher: “Never Give Up An Easy Win To An Opponent” 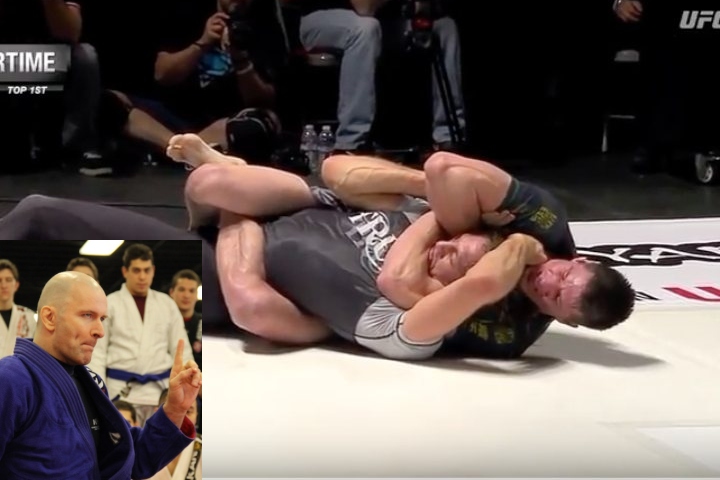 No matter how good you are, nor how good you get in Brazilian Jiu-Jitsu… You’ll find yourself in trouble from time to time. Be it because you made a mistake or because your opponent is too good – you’ll have to put all of your focus on defense.
When that happens, it’s important not to give up; neither physically nor mentally. You need to learn how to fight and persevere until the end, even though you may think that there’s no “light at the end of the tunnel”. You must not give up an easy win to your opponent, no matter what.

John Danaher explains the importance of that and how to handle yourself when everything is going south on the mats:

Yep – I’m in trouble. There are times for all of us when we screw up and an opponent gets an imposing position that has us 100% defensive. First reaction? Mentally – don’t panic. There is not a single instance in history of a bad situation being made better by people panicking – so don’t.
Physically – contract your body so you don’t leave any loose ends out for an opponent to make a bad situation worse. REPLACE PANIC WITH RESOLVE AND MAKE YOUR FIRST RESOLUTION TO NEVER GIVE UP AN EASY WIN TO AN OPPONENT; CONTRACT YOUR LIMBS IN TIGHT AND INSIDE YOUR OPPONENTS LIMBS.

If this guy is going to beat you it’s because he EARNED his victory. Not because you gave it to him for free. Get those two reactions – one mental and one physical and you’ll do better than most in a bad situation next time you’re in one.

Therefore, persevere. You will end up as a better grappler, no matter the result of the particular match.