John Danaher: “Have Faith That You’re Improving – Even If It’s Not Very Apparent Among Your Peers” 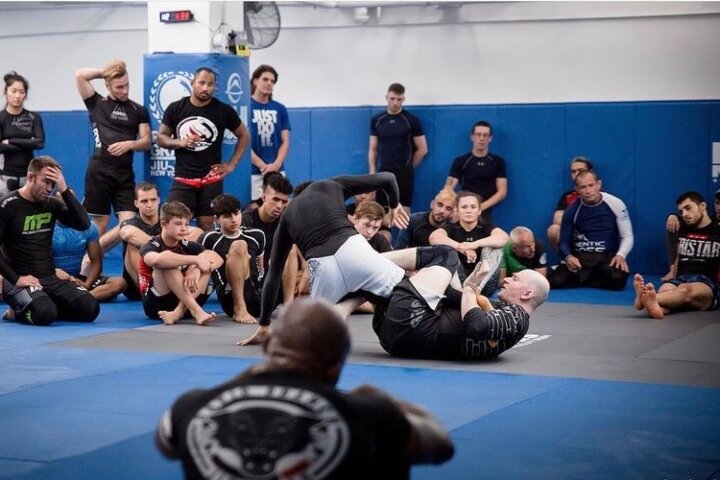 One of the reasons why Brazilian Jiu-Jitsu is such an amazing sport is that you perform it as an individual… But you train it with a group of like-minded people.
But, as great as training with your peers is, that means it’s often tougher to track progress. Professor John Danaher explains:

One of the more obvious effects of group learning is that subjectively you never really feel like you’re getting much better as time passes.
That is because everyone else in the room is progressing at roughly the same pace as yourself and learning the same techniques and tactics. The result is that that you can spend months and even years feeling like you’ve worked long and hard but are no better than before.

However, you need to have faith that you’re improving, even though it might not be obvious to you on first sight:

Occasionally you will be given a clear sign of your progress. It usually comes in the form of a training partner you don’t often spar with.
One who previously used to dominate you and who perhaps has been training less – not so little that his skills have simply degenerated, but enough that he has been static in his progress.

You spar and for the first time you do very well against him. Signs like this signal your hard won progress and let you know that the hard work has paid off.

Professor Danaher explains that training with your peers, in a group setting, is the very thing that can make you confused. But just keep going, keep training, and it will pay off:

If you feel at times like it’s like swimming upstream with hard labor but no progress… Be assured that the very nature of group training in a dojo makes it seem this way.
If the training program is well designed and you are putting the work in consistently, you ARE making progress. It won’t be obvious in most cases, just as you can be driving fast on the highway but feel you’re not just because everyone else is driving fast alongside you.

But every time so often you’ll see signs of that progress. Be proud of it – you’ve earned it.