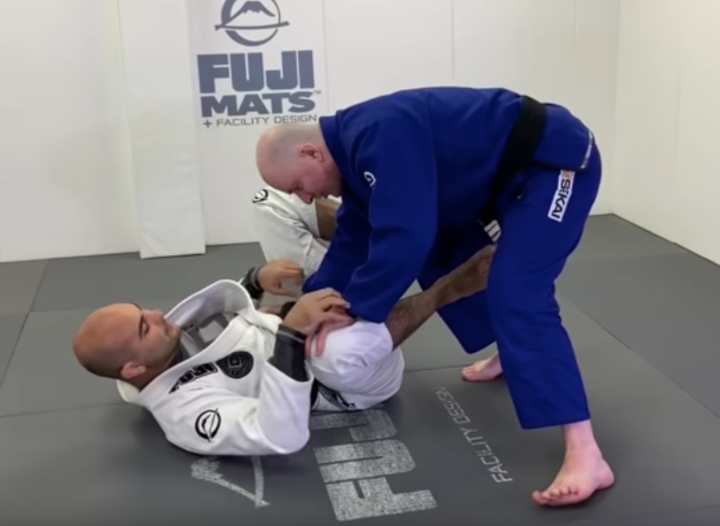 If you have been doing BJJ for any length of time you have asked yourself this question! Rickson Gracie once said, “the guard is the heart and soul of jiu jitsu”. If you haven’t already noticed, the guard is where you’ll be spending most of your time on the mat. Whether you are fighting off your back or trying to pass, the guard is one of the most intricate and in-depth positions in the art of jiu jitsu.

For famed BJJ instructor John Danaher, the best way to pass the guard is to force a half guard which is the easy part, and then focus on passing the guard from there.

This makes prefect sense, when you are battling an opponent with a superior open guard, they will not typically expect you to freely enter into their half guard. It’s important to not enter into their knee shield half guard, because that it is a very hard guard to pass. The best is to put your opponent flat on their backs, and enter their half guard with a hip to hip position and with at least one underhook and work yor way from there.

“My favorite way to pass guard: There are many effective ways to pass an opponents guard, each has their good and bad points – but if I had only one way to pass guard for the rest of my life I would unquestionably choose the method of FORCING MY WAY TO HALF GUARD AND PASSING FROM HALF GUARD.

Of all the methods out there, this is in my experience the most versatile and the most high percentage. It works equally well gi or no gi, grappling and fighting.

All my students excel at it and it figures very heavily in their passing game. No other method of passing can create such direct pressure upon the opponents head, which is a big part of why it is so successful in world championship competition.

Next time you get stymied in a tricky guard, break it into two steps – force your way forward into half guard and then pass from there!”