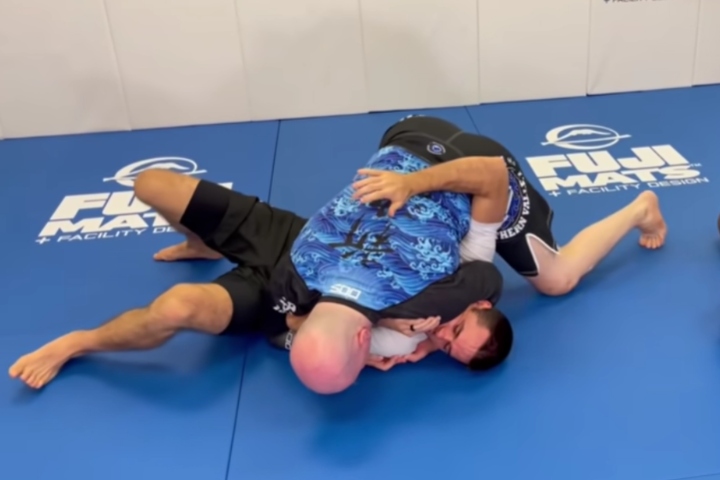 Side Control is, for many Brazilian Jiu-Jitsu students, their favorite position. And deservedly so, as it’s perhaps the safest one to hold and as it has a number of attacking options at its disposal.
However, you need a subtle change in your way of thinking about Side Control if you want to make the best out of it. John Danaher explains.

SIDE CONTROL: JOHN DANAHER EXPLAINS WHY IT’S SO GREAT

John Danaher emphasizes that a lot of BJJ students – especially those who’re just starting out – favor Side Control over other positions because of its stability. That is to say, they’d rather hold Side Control than Mount, as their training partners can off-balance them and escape Mount much more easily than it is the case with Side Control.
But focusing on Side Control just from the perspective of it being a pin isn’t going to cut it if you want to improve. Rather, Danaher explains that your focus ought to be on using Side Control as a vehicle for submissions… Because there are so many of them that you can hit from there!

With that said, you should also realize that there is an intermediary step in-between the position and submission when it comes to Side Control.
Watch the video below to find out what this step is (hint: it has to do with the opponent’s elbows):