John Danaher: “Even If You Pull Guard, You Need To Learn Takedowns” 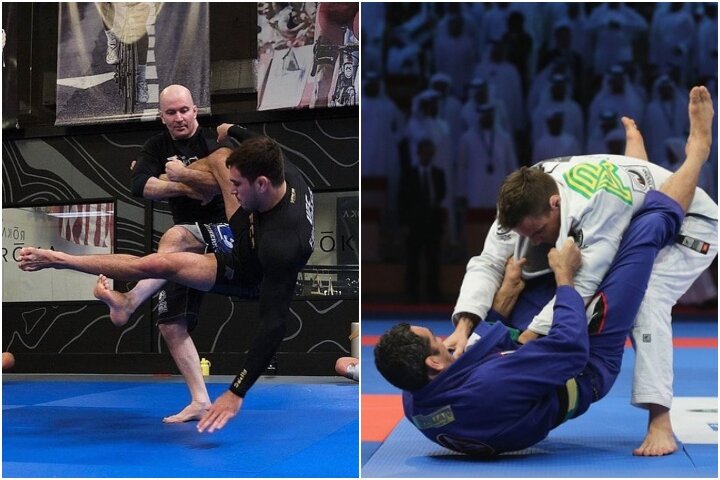 No matter what some may tell you, there’s no shame in being a guard puller. It’s a legit move and tactic to use in training and competition alike; so, as far as sports Jiu-Jitsu is concerned, go for it (especially when facing a D1 wrestler in your final match).
However, even if you pull guard all the time, you’d still benefit immensely from learning takedowns! Professor John Danaher explains why it’s time you start doing so:

Takedowns have a great second function in Jiu-Jitsu as a means of reversing/sweeping opponents from guard position. They also chain together extremely well with classical Jiu-Jitsu sweeps; when the sweep fails, follow with a takedown to finish and get the score.

Sure, you don’t need to spend too much time nor energy in becoming good at takedowns, as most points and submissions are scored on the ground… But even as someone who will pull guard, you need to aim for competence in takedowns:

It is sad to see athletes who are brilliant is most aspects of Jiu-Jitsu, but who cannot perform even rudimentary standing skills other than sitting to guard.

Jiu-Jitsu is a sport whose founding game plan begins with taking conflict to the ground to assert greater control than is possible in standing position.

Again, you don’t have to be a world beater in standing skills/takedowns, but you owe it to yourself to at least be competent. As noted earlier, it’ll make you better both on your feet and as a guard player with an entirely new toolbox.