John Danaher: “BJJ’s Greatest Gift Is The Idea Of Solving Problems Under Stress” 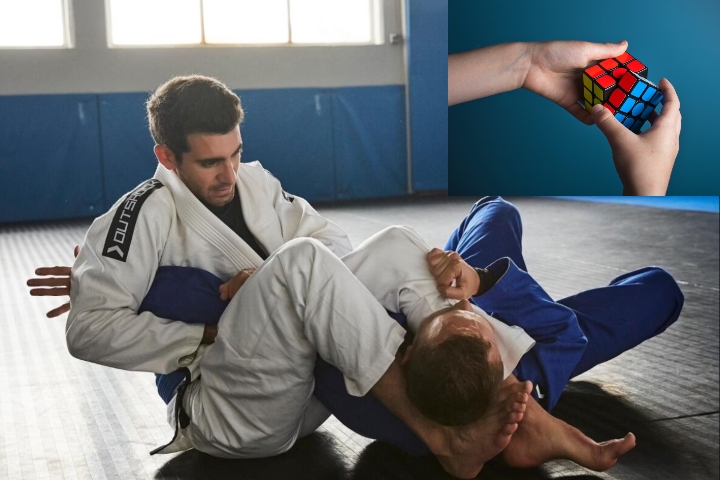 What’s the greatest gift you’ve received from Jiu-Jitsu? Is it the friendships? The health? Or the reward of feeling better after a stressful day at work?
John Danaher believes that the greatest gift that an individual gets from BJJ is the ability to solve problems under stress:

Every second of every match you’re involved in Jiu-Jitsu is an attempt to solve the problem that my opponent is presenting to me. But, it’s a problem unlike any other.

If I give you a simple mathematics problem, that’s a static problem. I give you pen and paper, and you go through various steps and come up with an answer. But in Jiu-Jitsu, the problems aren’t static. They’re dynamic. And it’s not only that they’re dynamic, but I’m also dealing with a cognizant, thinking opponent that’s trying to defeat everything that I’m doing to them.
So, with each second the problem changes. As I try to find the solution to the problem A, my opponent is already switching to a problem B. And then C, D… All the way through. So I’ve got to follow their problems.

Because, really, the problem never gets solved. Your opponent keeps getting smarter day by day. And those same people you’ve trained for most of the time, they progress at roughly the same rate as you do. So, you never get to beat them.

Your progress never becomes so much faster than theirs that you dominate them. You both progress together. And it’s not until you go to roll with someone who’s a complete beginner that you go like: “Oh my God, I’ve made progress. Yes, I am getting better, despite what I feel in training day in and day out.”

For John Danaher, the ability to solve problems under stress is one of the most valuable abilities that any person could develop:

We live in a stressful world where, usually, most things are stacked against us. Just the simple act of getting to work some days can be tough.
So, your ability to keep a calm, even mind as the problems come flying at you – potentially with bad consequences – that’s a very useful ability for any human being to have.