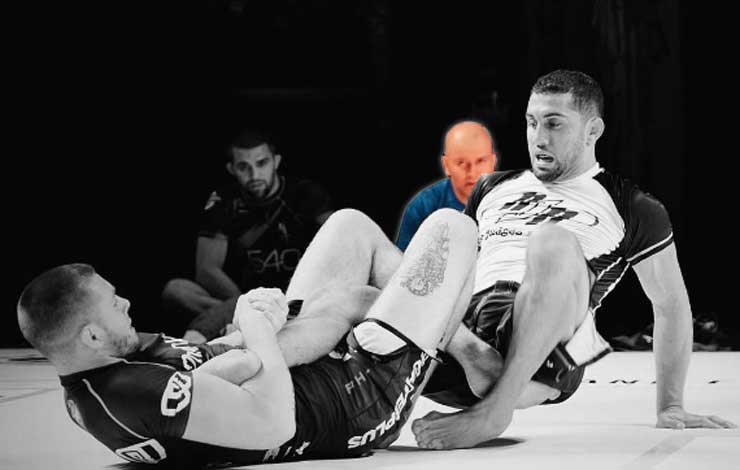 In the bjj community you always hear the talks of secret details, secret techniques and misguided instructionals. Controversial coach John Danaher offered several significant inputs when it comes to teaching in recent days.

The first  important point relates to the coveted details.

“Information overload: When I first began coaching I was anxious to pass as much detailed information as possible to students when demonstrating moves; in the belief that the more details they had, the more perfect their performance of the move would be.

I soon found the opposite effect took place. The students did not have the experience to know which details ought to be given priority and so tended to emphasize the least important details over the most important. In addition, many simply lost track of vast amounts of detail and ended up remembering nothing.

Worst of all, I often saw students in live sparring desperately trying to recall information and hesitating when speed of action was required much more than some additional detail. As I gained in experience I came to believe that it is quite counter-productive to throw vast amounts of detail at students, even advanced students, at one time.

The real value of a coach is to make good assessments as to what are the CRITICAL details a student needs to get the job done, not ALL the details underlying any given move. Further details can always be added at another time. The determining factor in whether the student will be successful in applying his or her knowledge is not how much he or she knows, BUT HOW MUCH THEY CAN RECALL UNDER STRESS.

The truth is that none of us can recall very much under sufficiently stressful conditions. My job then, is not dumping information – IT IS ABBREVIATING AND PRIORITIZING INFORMATION. Once I feel it is absorbed in ways that a student can utilize it under stress, I can add more. As soon as I made this adjustment, I noted increases in my students actual mat performance – which of course, is the most important element in my work.

Coaches share much in common with editors – our most important role is to organize and arrange information in a way that the reader will benefit the most ( of course there is considerable irony in me, a man infamous for writing the most long winded and poorly edited posts in the history of Facebook and Instagram, try to tell you these things ?) Here I have clearly gone into information overload with poor Gordon Ryan –
Perhaps I should read my own posts!”

“The transfer of knowledge: One of the greatest attributes we humans have is the ability to transfer knowledge from one person to another and one generation to another. It is this feature of our species that makes progress from one generation to another possible. If each generation had to start at the beginning of knowledge acquisition every time, there would be no progress – just repetition from one generation to the next. Only the fact that each generation can build upon the prior work of the previous generations by learning their lessons through language is progress over time possible. This applies in jiu jitsu also. However outstanding the current crop of jiu jitsu athletes may be, I am very confident that the following generations will be better, as they are the beneficiaries of the knowledge given to them by the current generation and can build upon and improve upon that.

Indeed – I would say that MY CAREER AS A COACH WOULD BE AN UTTER FAILURE IF I COULD NOT RAISE A CLASS OF STUDENTS WHOSE SKILL LEVEL WAS CONSIDERABLY HIGHER THAN MY OWN. Anything less would mean I had failed to convey all that I knew and created students who had absorbed it all and had the individualism and initiative to improve upon it. Here I work with Gordon and Nicky Ryan on the mechanical tightness of their Achilles lock. When they go home for the evening they will work again with each other, experimenting and researching and then testing it in live sparring over the next few weeks, making small modifications for their own bodies along with their own insights. When I look at this photo I smile as I can see the intergenerational growth of the sport in a very clear and positive way.”

What do you think about teaching, is it really better to introduce less details to your students?