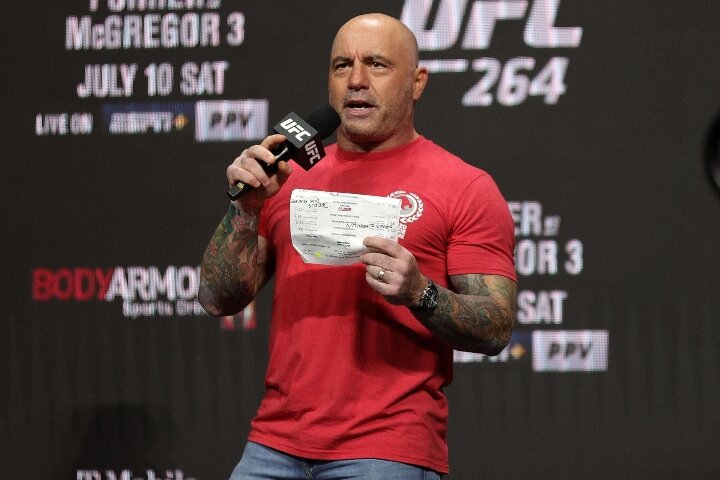 Everyone’s got a story to tell about how they got into Brazilian Jiu-Jitsu, mixed martial arts (MMA), or any other martial art. And as far as Joe Rogan is concerned, he started training wrestling because he – in his own words – got humiliated in a street fight.
In a recent podcast episode, Rogan explained how he doesn’t get into street fights. And how his last street fight was when he was 14:

No, I really didn’t get into street fights. I avoided street fights. The last three fights that I had is probably when I was like 14.
The last one that I got in, I lost. And the guy didn’t even hurt me. He got me in a headlock. Like, I didn’t even know we were going to fight.

The popular podcast host and MMA commentator explained what happened next:

I was like: “Why is this guy staring at me like this?” Like he got into my face, he grabbed me in a headlock and he threw me to the ground and he got on top of me in the bathroom of the boy’s room.
And he went like he was going to punch me… Then he laughs and he was like: “Nah, I don’t even have to.” And he lets me up.

After that, Joe Rogan came to a realization that he had to learn how to wrestle:

I realized like: “Oh my God, I gotta learn how to wrestle.” And then I joined the wrestling team.