Joe Rogan on Andrew Tate: “He Fuc*ed Up With The Misogynistic Stuff” 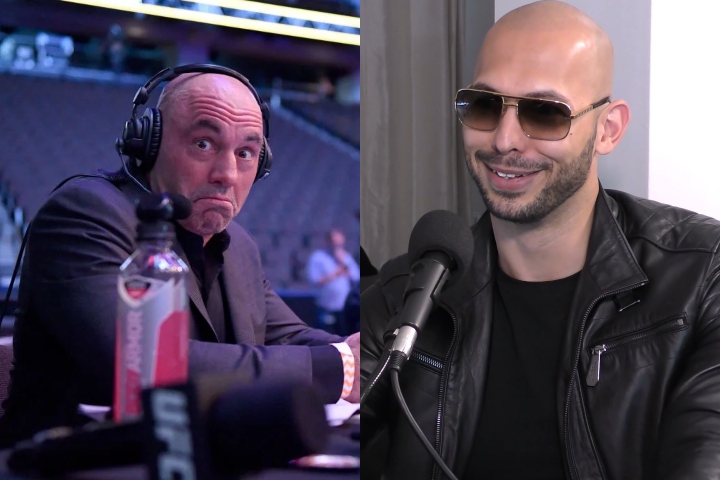 Andrew Tate, a world champion kickboxer and an (in)famous social media influencer, has recently been deplatformed from the majority of social media.
Some people side with this decision, whereas others say that it infringes on the freedom of speech. And, in the recent JRE Fight Companion episode, Joe Rogan shared his opinion as well:

Look, part of it is like a character. And a part of it is that he’s a legit world champion kickboxer, who’s a hard man, who doesn’t buy any p***y bulls**t. And that’s what’s resonating with young people.

Even Joe’s 12 and 14-year old children know who Andrew Tate is:

The worry is… He’s big on TikTok. My 12-year-old and 14-year-old asked me about Andrew Tate. I said: “He’s a legit world champion kickboxer and I like him.”
[They asked:] “Why do you like him?” They said he said some funny stuff on TikTok… It’s a TikTok thing.

Rogan agrees that Tate should have stuck with the positive messages of male empowerment and that he made a mistake of saying misogynistic things:

He fuc*ed up with the misogynist stuff… Because if he didn’t do that, if he only said the pro-male stuff; pro-accountability, pro-discipline stuff…

When asked if he’d consider bringing Tate to his podcast, Rogan said that he’d certainly consider doing it after the social media ban: