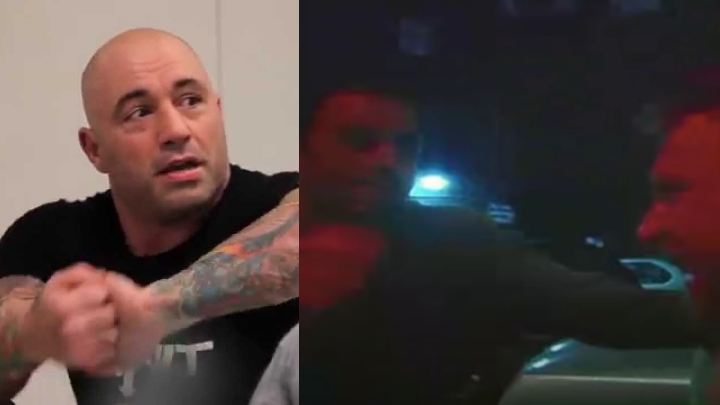 Joe Rogan is mostly known as a podcast host (the mega popular Joe Rogan Experience podcast), a stand up comedian, UFC commentator but most people do not know that he also has a legit combat sports background.

The story is that in 2006, a strange guy got in a heated argument with Joe Rogan. At one point he put in hand on him. Joe didn’t like it and he warned him that if he touched him again, he would choke him out. The guy did touch again and Joe went for a snapdown to guillotine choke. Joe mercifully let go and the two eventually laughed it out and shook hands.

Great show of self control from Joe Rogan.