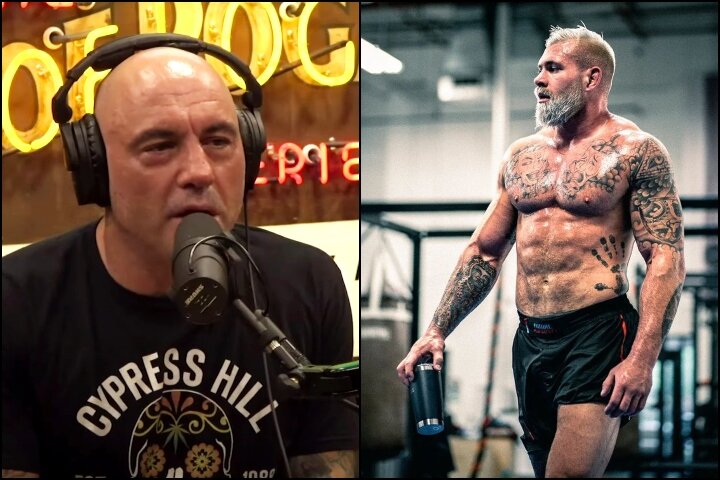 Joe Rogan is a big supporter of Gordon Ryan, and not just in terms of having been one of his sponsors for the 2022 ADCC tournament. Rather, he’s a fan as well – as he expressed in a recent Joe Rogan Experience podcast episode:

When I say “scared”, I don’t mean “terrified”. What I mean is they feel the moment.
Everyone of those world-class fighters that goes up against another world-class fighter at that moment, when the match is about to start and everything is on the line, they have no idea who is going to win. They all have a wild feeling of anticipation.

But with Gordon, they have it worse because no one is beating him. He’s just running through everybody. He’s talking sh*t.
And he’s a giant, good-looking guy who talks sh*t.

Rogan analyzed what happened during Ryan’s match against Galvao:

I’m not saying it’s not an awesome way to tap somebody, it certainly is. But that’s not the hardest he could do it.
The fact that he can tap world champions with a technique when utilizing a small percentage of the power that he would get if he fully locked in and clamped down on the head… I mean, it’s wild. It’s a one-arm rear naked strangle.