Joe Lauzon’s Motivation Ahead of UFC 200 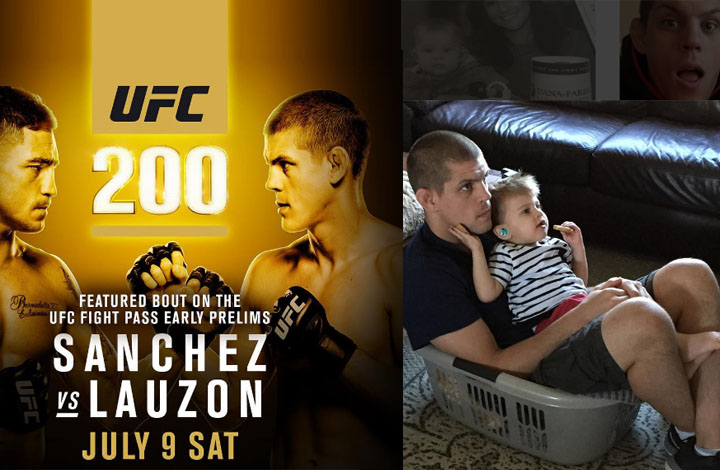 UFC 200 has the most stacked hard of all time. This is how a distinguished fighter like Joe Lauzon ended up on the Fight Pass Preliminary fights. He will be facing Diego Sanchez.

Joe Lauzon is often referred to as “the Human bonus machine” – In 20 UFC fights, Lauzon has claimed 13 post-fight bonuses, second in UFC history (Nate Diaz is No. 1 with 14 bonuses).

This makes the combo with Sanchez that much more of a no-brainer because between the two of them they rack up amazing 19 post-fight bonuses.

This will be a first matchup between those two.

“This fight has always been one of those things that people have asked for,” Lauzon told Yahoo Sports, although he had never really considered the fight himself until recently. “If we don’t completely paint the canvas red, people are going to be sorely disappointed. They want a bloodbath.”

Joe Lauzon discussed his motivation for fighting during a part of the UFC 200 press packet:

Everything else took a back seat. And then Joey came around. He’s number one. Everything revolves around him now.”

Unfortunately Joe’s son was born with stage 4 neuroblastoma so he was on chemo since he was only 7 days old but he managed to recover from cancer. Joe is currently raising money for a Jimmy Fund Walk.