Jocko Willink’s Advice For Disabled Athletes: “Jiu-Jitsu Is For Everybody” 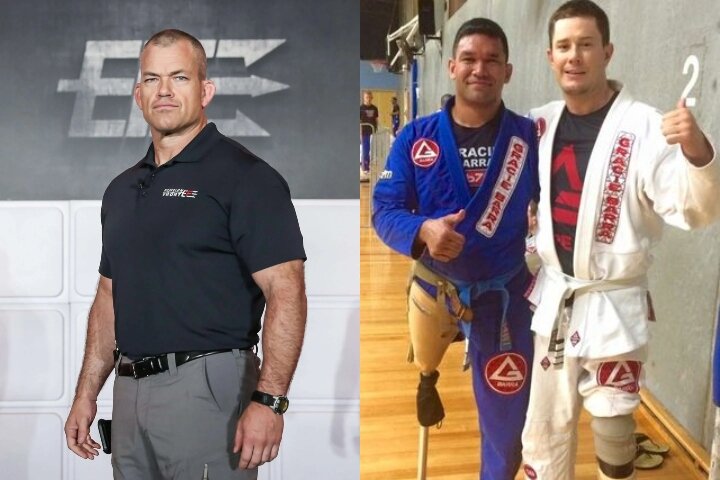 If you’re a person with a certain physical disability and you’re considering starting out Brazilian Jiu-Jitsu… It’s time to stop thinking about it – and start training. For, BJJ can be trained by everyone, no matter if they’re disabled or not.
Don’t just take it from us, but take it from Jocko Willink. In a conversation with Daniel Cnossen, an American biathlete and cross-country skier – who’s also a double amputee – Willink gave him words of advice, as Cnossen was interested in starting out with BJJ himself:

Jiu-Jitsu itself is adaptive. And so, you would figure out moves that work for you… There are, like, competitive wrestlers – wrestlers that have fought in the NCAA’s that have one leg, no legs; and they just adapt their body to figure out how to win.

The sport itself is adaptive. But there would be no, like, other special rules. I mean, you would go to a Jiu-Jitsu competition and there would be people there who are blind…
I think they have one rule in wrestling, though; like, if it’s a blind wrestler, you have to maintain contact with them. But that’s the only rule. And I don’t even know if that’s in Jiu-Jitsu.

Jocko and Echo Charles then proceeded to share stories about friends who are disabled, but who roll nevertheless:

I have a friend that’s paralyzed, pretty much chest-down – and he does Jiu-Jitsu… And I mean, one of the greatest Jiu-Jitsu players of all time, Jean-Jacques Machado, he only has a few fingers on one of his hands; and in Jiu-Jitsu, grips are really important.
[In Jiu-Jitsu] there’s really no other special category than “get some”.