Jiu-Jitsu: The Art of Making Yourself Comfortable Being Uncomfortable 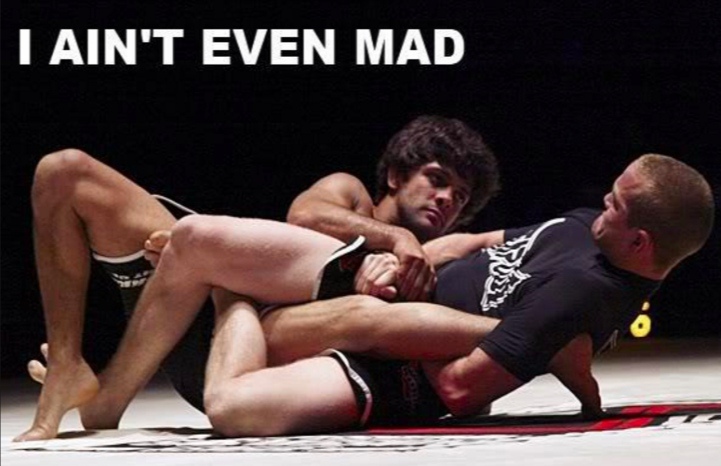 There are some old school lessons from Helio Gracie out there that still translate to our training and fighting in today’s modern age. The one that everyone should embrace is the ability to get comfortable being uncomfortable.

A good example of this would be if a 250 pound guy has mounted you with deep hooks and a hell of a lot of hip pressure and is about to rain some strikes on you. This is a scary situation for most. Put an average guy off the street in this scenario and he will try to forcefully escape for 30 sec or so until he tires out, panics, and then gives up out of pure frustration, exhaustion and fear of being struck. Now you take an experienced BJJ guy and watch how he protects the face, off balances the opponent before the strikes begin and hip escapes to a beautiful heel hook from that same bottom mount position. The difference? BJJ practitioners train in worst case positions to the point where they get comfortable being there.

My side control is a great case study. When I was a purple belt, there were some lower belts with higher athletic ability and some with a strong wrestling background whose top side I just could not escape. Sure I was a bit frustrated at first, I mean every higher belt should be able to escape any lower belts positional control. My natural reaction was to avoid training with these guys to protect my ego, but I remembered the Gracie Philosophy, be comfortable being uncomfortable. So I embraced my new found weakness. Every class I trained with those guys and every roll I started in bottom side control. There were some times that I would be stuck there for twenty minutes at a pop, but after a few months I was figuring out the needed technical and timing adjustments. Also to my surprise I got really good at bottom side control defense. I spent so much time there I started seeing the little indications that telegraphed arm bars, paper cutter chokes, Darce chokes and even leg attacks from a mile away. Now don’t get me wrong, it was not fun having somebody’s pressure on me round after round, but I endured and embraced the uncomfortableness. The result, my next major tournament I was put in side control and was able to escape in less then 3 seconds. I ended up winning the match and the tournament because I did not avoid my worst case scenario.

People avoid sprints because they feel like their chest is going to explode. Some people avoid deadlifts because when they go hard it makes them feel nauseous. Some guys avoid going with the strong wrestlers because it’s a pure grind and they hate training takedowns. Well these situations should not be avoided, because the great things that happen in our life on and off the mat are the things that often do not come easy, but if you embrace the uncomfortableness mentally and physically, you eventually get comfortable in those challenging situations and great things will happen. So go get comfortable being uncomfortable.

If you want to know how to escape all leglocks and submissions, Dean Lister’s Worry Free Escapes Instructional Will Skyrocket Your Confidence On The Mat Because After Seeing This You’ll Know How To Escape ANY Submission! Check it out here in On Demand format! There is a special 50% Off sale and you have a further 10% Off if you type in the code ‘BJJEE’ 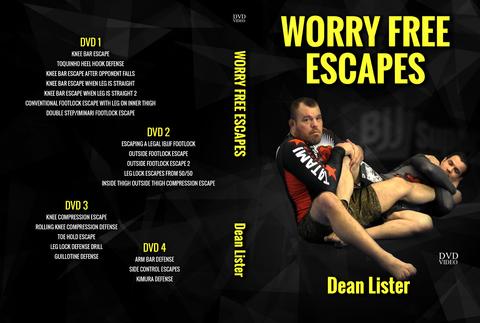