Jiu-Jitsu Mat Etiquette And Forms Of Respect In Brazil 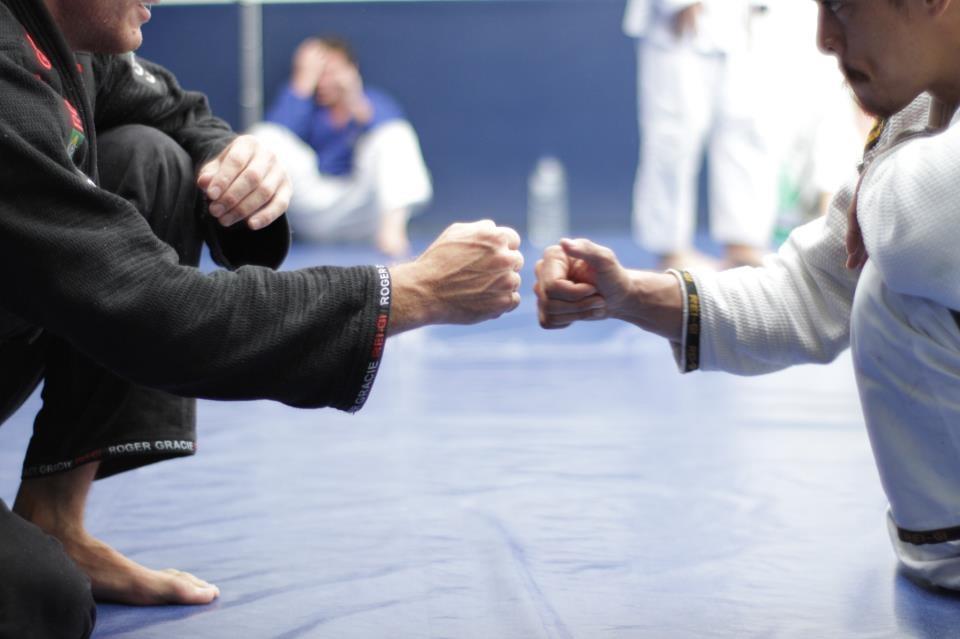 If you get the chance to train Jiu-Jitsu in Brazil, you should know the proper etiquette that is used. When I trained at Alliance Ipanema (Now Alliance Leblon) I rember that if you cam elate to class you were supposed to bow/handshake with the main instructor and with all the other black belts. Also as lower belt you weren’t allowed to ask a higher belt to roll. Also if you were rolling and bumped into a higher, then you as a lower belt had to move. The guys at Rio Jiu-Jitsu guide did a nice article on the mat etiquette in Brazil:

Your first day of class at an academy in Rio is an opportunity to show the proper respect and make a good first impression. But that’s a challenge. Expectations vary widely among academies in Rio. And they’re almost certainly different than at your academy in your home country. Neglecting to show the proper respect during any class is publicly and enthusiastically remedied by the instructor. Let’s try to avoid that, yeah? Let’s not be the bumbling gringo.

In its development of Jiu-Jitsu, Brazil intentionally or unintentionally lost many of the traditional forms of showing respect and humility that are prevalent in Japanese Judo/Jiu-Jitsu. This is evident in many Brazilian academies from the lack of formal bowing to opponents before and after sparring. I’ve also conversed with some old school black belts and red belts who have voiced this concern regarding the status of the sport in Brazil, especially in competition. If you’ve never been to a competition in Brazil, it’s an exciting but unceremonious event. The end result is this: some academies have maintained the “old” traditions in their own way, some have not, and you never know what to expect in advance.

At a minimum, there are four points to which you should bow and convey respect before and after training in Brazil:

The bow-handshake hybrid is very Brazilian, but it still conveys the classic notion that says: I am here, I am respectful to the academy, I am ready to learn, and I give thanks to you for imparting your knowledge.

There are still other nuances related to showing proper respect in an academy, but they’re random and depend completely on the academy. I’ve identified several in different academies in Rio, including the following examples:

Proper seated position required
Tie your belt before leaving the mat for water
Tie your belt facing the wall
Don’t step on the mat without wearing a kimono (this academy obviously does not endorse no-gi)
Don’t leave your kimono on the floor
To the extent possible, these individual “quirks” are indicated for each academy in our Guidebook.

In visiting all of the academies for the Rio Jiu-Jitsu Ranking and the Guidebook, it was impossible for me to know what to expect before walking in the door. Some academies always bow, others never bow, and still others fall into a grey area somewhere in between. If one broad generalization can be made, it is this—the closer an academy is to a Gracie lineage, the more formal tends to be the practice of bowing. In other words, if the academy’s master is a Gracie, bow a lot. If the academy’s master received his black belt from a Gracie, expect to bow slightly less. If the academy’s master has no direct lineage to a Gracie, expect to bow even less, if at all. This has nothing to do with the Gracie academies being more deserving of respect than others. It’s just that the Gracie academies and their close affiliates tend to be more “old school” and the newer generation of competition-oriented academies (e.g., BTT, FightZone, Nova União, etc.) less so.